Today is Friday and I have always liked Fridays. When I was little, it was because we got a couple of days off of school. When I was a teenager and older, it was because that is the night we could stay up a little later and get together with our friends. As a wife and a mother Fridays were always our DATE NIGHTS and the kids got to have a sitter or go to Grandma's house, which meant everyone got a little break from each other. Very important for survival, those Fridays were vital. Now I love Fridays because that means I don't have to have any RADIATION treatments for 2 whole days. I also love them because it is still our DATE NIGHTS. Jeff however has been sick with a cold and so we will have to postpone this one, until he is better. But I am still glad that it is FRIDAY !

I actually did a bit more today than normal, just found a spurt of energy....what a treat and a surprise. But now I am more than ready to head to bed. Treatment number 13 is over and I am still hanging in there. It is weird to wake up each morning and head to the hospital. I usually try to avoid Hospitals at all cost, now it is my daily routine... weird!  Just thought before heading to bed, that  I would leave you with a neat story and quote.

Story of the Bumble Bee 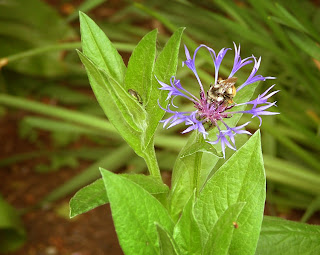 It was "known" for many years that the bumble bee couldn't fly. It had been mathematically "proven" by scientists that its wings were too small and its body was too big. It was impossible for the bumble bee to fly.

There was one small problem with this scientific proof….the bumble bee was clearly flying! Luckily no-one had told the bumble bee that it was doing the impossible and it just kept on flying – ignoring the experts!

It wasn't until the mid 1970s that scientists announced that they had proven that the bumble bee could fly after all.

Thank goodness we didn't tell the bumble bee. If it had known it was impossible for it to fly it might never had tried. If it had never tried, the experts would have been proven right!

"The bumble bee teaches us that if you focus on where you are going you will get there, never mind people around us who tell us what we are doing is impossible."

"There is no use trying," said Alice; "one can't believe impossible things."

"I dare say you haven’t had much practice," said the Queen. "When I was your age, I always did it for half an hour a day. Why, sometimes I’ve believed as many as six impossible things before breakfast!"   _____Lewis Carroll

I am feeling a bit like the bee, trying to do the impossible. I am trying to beat Cancer once again. I know a lot of people wonder if I can, especially since once again, I am not traveling the prescribed and well worn  path. But shhh...don't tell me that, because I am still working on beating the odds and  fulfilling my purpose in life!