Today was my 19th treatment, I am now officially half way through my radiation treatments! I met with the Doctor today, (like I always so on Mondays) and he says that my skin looks like it is holding up well and that he thinks I am doing great. I guess everything is relative...I am pretty sore but according to them, they have seen a lot worse, with much worse fatigue too so.....I am very lucky ...they say. I can't imagine being much more tired but... all in all I guess I am doing well?

I did ask the Doctor today about Physical Therapy stopping and what I can do myself for the swelling under my left arm? That is sore and under the arm there, is what seems to be taking the worst hit from the radiation. That is why any clothing up against there is tough! He suggested some things that I can do on my own, reminded me to continue to wear the arm sleeve and to do my massage every day too! If need be, he said I could start Physical Therapy again later.

I also asked about the brown spots all over the radiation area, on top of being red or pink, I have like dark freckles all over the area, they say that it is just the pigment coming up to the surface, that is really typical. I forgot to ask why it is that you have  occasional stabbing pain in the incision area, they told me it was normal but they didn't tell me what causes it?

Friday I took the prescription in that they gave me for cream for my skin. I was told that they didn't carry it there at this particular pharmacy, so they ordered it for me. When they called today to tell me it hade arrived, then they also said "you were told that this isn't covered on your insurance weren't  you?" I said No, how much is it and then she told me $85.00 for the tube, I told her thanks but I didn't have that kind of money. I will have to talk to the Doctor about that tomorrow. I am telling you again, you can't afford to have Cancer, it is crazy that the very cream they want you to have help heal the effects of radiation are not covered by insurance! I am just going to stick with my ALOE for now. I guess once you get half way, they suggest that you put both on a few times a day.

Well it is late and I just had to at least tell  you that I am on the down hill side of my journey through radiation. I hope( like every thing else in life) that the 2nd half goes faster, it usually does. I am still struggling with my attitude I guess but I am working on that. I need to just continue on!  I need to keep studying because after my radiation treatments are over, I still have some big decisions on how to fight cancer from coming back.  I just want to see if there are other (non destroying ways) to fight cancer. I hope that I can continue to search and pray for other options. Good night dear friends, thanks again ....for always being there! 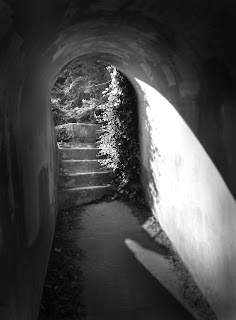 "What this power is I cannot say; all I know is that it exists and it becomes available only when a man is in that state of mind in which he knows exactly what he wants and is fully determined not to quit until he finds it. "

That would mean I can say... "Congrats, you're over the hill!" Which is a positive and hopeful and don't take it as a double meaning! :) Can't wait to get together tomorrow! Love ya!