Difficulties are a part of LIFE

Well, it is late...very late. I didn't take a nap until this evening, and now here I am staring at the ceiling, so I decided to get up and write in my blog. Today was a great but LONG day ....but great. I started off a bit uneasy again because of a couple of things. I was still concerned about the soreness I am having and the leakage from my surgery site; the new measurements and markings and today is also the day that Jeff will find out if he is being laid off. We have known for a couple of weeks that Boeing was going to lay off a lot of employees and today was the day. So I do think I had a lot of things on my plate when I woke up.

A dear friend of mine drove me today to my appointments, it isn't that I can't drive myself, but it was a great excuse for us to see each other. My first appointment was for Physical Therapy and that is always a great 50 minutes, my therapist is a wonderful gal and easy to talk to and very concerned that I am healing well. I really enjoy going to her. Next I headed straight for my radiation appointment. I wanted to stop by my Doctor's office first to see if there was a time today that I could meet with him and discuss my concerns. I usually don't see him except for Mondays, but as soon as I walked in ...there he was and so I spoke to him for a minute. He was on his way to a consultation meeting and said that maybe he could call me later and talk, I said that was fine. I did however ask him if a nurse or someone could look at my incision because I had some leakage and I just wanted to make sure everything was alright. When he heard that, he immediately ask the nurse to put everything on hold and then the both of them came in the room to examine me. He said he had never heard of the incision leaking this far out from surgery when everything was already healed. He mentioned that it did look red and I told him about the soreness, he told me to watch it the next couple of days and that he would examine it again on Monday and if we think it is an infection that he would start me on antibiotics....yuck, I am hoping that is not the case. He also mentioned to me that the redness and sore spots can be caused from the radiation. I was surprised, everything that I had read up about it made it seem like those symptoms don't usually come till a few weeks into the radiation, but he mentioned everyone is different. I didn't have the heart to tell him how very DIFFERENT my body handles anything. :)

The next thing I had to ask was about the markings and measurements that happened yesterday, I just wanted to know what that was all about. He reassured me that it is normal to sorta recheck a week or so into radiation to see if everything is where it should be. I told him that I wondered and worried about that because I wasn't told that. He assured me that he personally watches everyone's films each week to make sure the patients are getting just the right amount of radiation and it is going exactly where it is suppose to go. He then went into explaining who the specialist was that came in and what he and the technicians were talking about. I have to admit to you that I really didn't understand a lot of the terminology, but I did feel that he was telling me the truth and that he was sorry that it concerned or worried me unnecessarily. I suggested if the technicians are going to talk about stuff like that, they should do it somewhere else and not in front of the patient who is laying there wondering how all this works anyway. He went above and beyond to make sure that I knew everything was right where it was suppose to be and then he personally went in and talked to the technicians and then contacted the specialist too.

You know I always hated the old saying THE SQUEAKY WHEEL GETS THE GREASE because I thought that usually meant ,mean nasty people who throw fits, I don't believe that always true now. I think that you need to stand up for yourself and find out what is happening, especially when it is dealing with something that is effecting you and your body. I am glad that I asked, the Old Lynn Woodard wouldn't have done that, she wouldn't have asked questions because... she wouldn't want to hurt anyone's feelings or put any one the spot or even question their authority. But now, I learned that is is vital to take care of myself and what is happening to me.  Standing up for yourself and asking questions is very empowering, wow, I should have figured this out years ago! :)

The last part of the good news from today was, that I met a lady from the hospital who was the head of the Support Team and Services that are available to patients. I am not sure that she realized that I wasn't there to necessarily to take advantage of any of the services or to join a support groups, but to share my concerns about what happened to me when I had my mastectomy. It was a great meeting though and once again I truly felt HEARD! I think she was even surprised at some of the things that happened and she told me that she was grateful for the feedback, because that is how they can become aware of things and can help change them or at least get the information to the right people. I really enjoyed talking to her, she had a great spirit about her and to be honest with you ...now that I have had that personal connection to her, I would be way more willing to go to one of the support groups or call upon one of those services if I felt I needed it. I am telling you there is nothing like a personal connection with people. I also was able share with her a few ideas that I had that might help the next women who have to face cancer and mastectomies. I hope in the near future that I have the strength and energy to help volunteer in some way and help make some of these suggestions come to pass. Baby steps... I know, I need to get through this radiation first.

I need to head to bed but wanted to share a couple of my thoughts with you  before I did. Oh and by the way, Jeff DID NOT get laid off today from Boeing. I could tell he was excited when he told me but also sad, because he knew some of the people that did lose their job. I have to say that we are so grateful that we still have a job, especially in light that I am fighting cancer again, I can't even imagine what it would be like if we didn't have insurance.  Thanks again for sharing this journey with me and being my cheerleaders along the way.  Fighting cancer is a difficult thing and I know I still have a long road ahead, but I am sure I will make it... with family and friends like you.

Here is my quote and photo for the day... 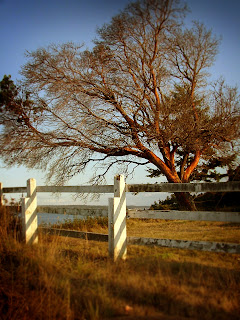 "Real difficulties can be overcome; it is only the imaginary ones that are unconquerable".
Theodore N. Vail

"The individual who know the score about life sees difficulties as opportunities".
Norman Vincent Peale

Such good news...Jeff not being laid off, the doctor explaining things to you, being heard by the support person, and all :-) I hope you were able to sleep once you got to bed! Lots of hugs!! Julie

You always find a way to reach out to help others, even when you are having a tough time. Thank you for all that you do and all that you are!