The challenge of change

I woke up this morning with that nervous almost sick feeling like something was wrong or that something was going to happen. I checked in with Jeff and the kids and everyone was fine, I tried to go over my day today to see if there was anything to be nervous about....and there wasn't. Then when I was starting to get ready for the day, I noticed in the mirror that my gown had a spot on it where my surgery site is. Something has started bleeding during the night I guess, it wasn't a big spot but one that I was concerned about. Since my incision has been healed for weeks, I couldn't figure it out.
I did notice yesterday that I was hurting a bit more than usual. I thought maybe it was because I had my massage yesterday but actually that is not the area that she works on, it is more under my arm. I also noticed that the surgery site was a bit redder and warmer than it has been so, I need to ask today when I get there.

I actually don't know why those anxious feelings were there, because I have been excited about today. When I first met with the nurse of my oncologist and she gave me all the information about radiation and so on, I expressed my concerns about much information I WASN'T GIVEN before surgery. I then went on to share with her some of the experiences that I had, she really seemed to listen. Low and behold just a few days later she told me that she had mentioned my experiences with the DR. and had called the hospital and the surgeon's office to see (if I was willing) someone on their staff and tell them my suggestions. I was thrilled when they called me right away, we set today as my meeting for the surgeon's PR person and Friday for the Hospitals. I typed all my experiences down and brought them with me.

At 9:00 am I was in the office and meet with this person. She was very nice and seemed to listen attentively to my experiences with having a mastectomy. I asked her some questions too, but mostly she asked me what ways that I thought they could improve in the future. I brought up everything from not being given hardly any information about the mastectomy to not being told what you would look and feel like afterwards. I talked about calling the emergency room 2 days after my surgery when my drain leaked and how insensitive and down right rude the DR on call was. I mentioned quite a few things and areas that I thought and hoped would change for the next woman who had to have a mastectomy. I mentioned that the reason most people get into the medical profession is to help people, right? She agreed, but then I mentioned that if you take the HUMAN TOUCH and CONNECTION out of it ... hasn't something gone wrong? I told her that I did not like being treated like a statistic or number, I know that the number of people getting cancer is growing more every day but...still we need to remember those are individuals, human beings with feelings, with a life, with family and friends. Giving them more knowledge about their disease or the treatment... for the disease is POWER.  KNOWLEDGE IS POWER ! She was very kind and took lots of notes and seemed like she was sincere in trying to make some positive changes in the future. Wouldn't that be nice? She also gave me her business card and told me that I could give it out to the hospital person tomorrow and maybe together they could make some real changes. I am thrilled that she listened and may really do something about it.

Right after that appointment I went straight to Radiation, this is day 7 for me. The technician mentioned as we were going into the radiation room that someone new was coming in to do some more measurements and marks on me, then she told me that this is normal  during your treatments. I didn't quite understand what she meant but I just went in and did my thing. It took a bit longer because of the re-measuring and marking. Now I have to tell you that something didn't feel right about that whole thing. I didn't quite understand all that they were talking about when they were doing it, but for sure tomorrow morning I am going to go ask to see my DR and have that whole situation explained to me. Maybe people don't ask, or wonder... but for some reason I always want to know, don't spring something on me, just tell me up front. So I will let you know more about that later, I hope it really isn't anything but....usually those gut feelings are there for a reason.

I didn't lay down today so I am so tired that I can hardly think. I hope that this post even makes sense. Even though it was a long day I am glad that I was able to hopefully get the ball rolling on positive changes for women in the future that have to have mastectomies. It won't change my past experience, but how neat ...that it might change someone else's!

Life is definitely a learning ground. I hope that I am learning and growing in the way that I need to be? Thanks for your continued support and friendship. Night! 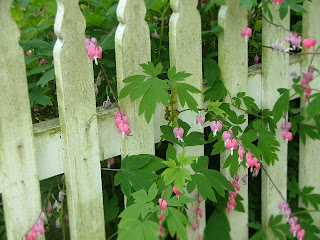 "I cannot say whether things will get better if we change; what I can say is they must change if they are to get better”          ----George C Lichtenburg

Thinking of you and praying for good news always!

What an inspiration and angel you are to so many, especially me!