What voices do I listen to each day?

Today was a much better day than last Sunday, I prepared myself for the whole week to decide what I was going to wear today and be ok with it. I did have a friend take back everything back to last night, the prosthetic (Sally is what I called it),and the bras. I have heard from other survivors of other stores that really make your experience much better and one where you come out feeling good about yourself again...what a concept!  I do realize that Nordstrom might have been a great experience for others, but that was not my experience. So today I knew I had to go to Plan B and that is what I did and it worked ...ok. I am glad that I made it there, I needed the spiritual boost that it gives me to survive the whole week.

One thing that I learned that really stuck with me was something I read today. This article was by Sherry Cartwright Zipperian and it was about a man who was a rancher in Montana for over 50 years. He was talking about the scripture in John 10:1-18 where Christ is talking about the difference between a shepherd and a sheepherder. In biblical times each shepherd vocally summoned his personal flock from the many herds pooled together into a nighttime sheepfold (see vs 3-4). Likewise he said, whenever I move my sheep, I simply call, and they follow.

Years ago he mentioned that a neighbor of his had gotten sick during lambing season, so he offered to do her night lambing. He mentioned that when he entered her lambing shed that first night "on duty", that nearly 100 ewes were peacefully bedded down for the night. He realized that when he appeared that they immediately sensed a stranger in their midst and were terrified. They sought safety by huddling together in a far corner (see vs 5).

He said that it continued for several nights, no matter how quietly he entered, the sheep still panicked and fled. By the 5th night they began to recognize his voice and started to trust him. He goes on to say... "This neighbor and I conducted an experiment with our sheep. I mimicked her call word for word, to see if the sheep would come and they would not and she did the same to mine, same reaction. Even though the words we used to summon the sheep were identical, our unfamiliar voices went unheeded". The sheep loyally heard only their true shepherd (vs4).

John 10 distinguishes a shepherd from a sheepherder. A shepherd, whose sheep are his own, has loving concern for their safety. In contrast, a sheepherder is merely the "hireling" and "careth not" (vs 13). The parable also teaches that while the hireling flees and deserts his sheep (vs 12), the shepherd willingly lays down his life for his sheep( see v.11).

I really liked this article because it reminds me of Jesus Christ, my Good Shepherd- who lovingly gave His life for us. It also reminds me to listen closely to His voice. There are many voices out in the world telling me things that are not true or that I can't ever find peace and happiness, but I know that isn't true. I do know what brings true happiness and feel blessed to have that knowledge.

Here comes the Easter Season, I love the Spring, the beginning of life in so many things that have lied dormant over the winter. I love the promise of summer that it brings. I love knowing that the Savior loves me and knows me. I have felt closer to Him throughout this whole experience, because I know that He has suffered everything Himself so that He could comfort and help me through my trials. In Luke 15:10 I love the parable that Christ gives about the lost sheep, even though if you had a 100 sheep if one is lost, you should leave the 99 and go find the lost sheep. I know that personally Christ knows and loves each one of us individually and that everything we go through has a purpose and a meaning. We just need to have faith to hang in there until His purpose is revealed to us. I have always wished that the whole world would get as kind and giving on Easter as they do at Christmas time. Why not? We celebrate His birth and His life and yet the most exciting part is His Atonement and Resurrection, truly understanding what He did for each one is something to celebrate!

So today was good, I felt hopeful and realized that each day I might have to get  up and fight,  but I will because I know that is what I am suppose to do. I am suppose to learn from each trial and obstacle placed in my path. Thank  you for standing on the side lines of my path and cheering me on, what amazing support you have been for me and my family.  I hope you had a great weekend!  Take care and good night.

"If we had no winter, the spring would not be so pleasant." Anne Bradstreet 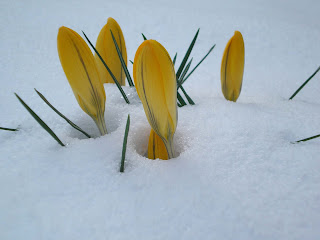 "In the midst of winter, I finally learned that there was in me an invincible summer."  __Albert Camus