"The Beast in the Jungle" 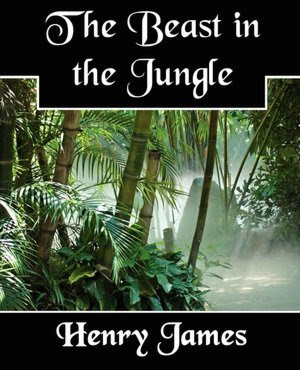 For my Advanced Literary Analysis class we have to select a short story to analyze and turn into a paper. I have filtered through some of my favorite stories of horror, adventure, intrigue and finally found one that, first I haven't read and second it is one that makes you think. The main character John Marcher, a man who feels that something prodigious will happen to him during this life time. He spends years waiting for this event to spring on him. Through out the story he is watched over by his dear friend May Bartam. They both agree to wait and watch for this terrible event to happen, and for years they wait. Marcher likens this coming event to a 'crouching beast ready to spring". After years May develops feelings for John and John feels some small feelings for her though he pushes her away thinking that he is saving her from an awful fate. Finally May develops a blood disorder which will soon end her life. In her wisdom she tells John that this 'thing' has already happened and he is a victim, though he never fully realized her meaning until a year after her passing. This great 'event', this great demise, was never living and that the escape from the fate would have been to love her. That was the solution all along. "The Beast had lurked indeed, and the Beast, at this hour, had sprung; it had sprung in the twilight of the cold April when, pale, ill, wasted, but all beautiful, and perhaps even then recoverable." He realized by not loving, by hiding he had never lived, and by not living he had caused his own demise. John Marcher had finally gained the perspective he so desperately needed, and one only May could see.
John Marcher let his life be ruled by fear; fear of the unknown. He was waiting for something that was right in front of him, but was too simple or to easy for him. The moral of the story is to never live your life in fear of the unknown because the remedy to that fear is to live. Don't find the perspective you need when it's too late. Love those who love you, keep them close. Live your life everyday as if there will be no more days to come.

"I have learned over the years that when one's mind is made up, this diminishes fear; knowing what must be done does away with fear."  ~Rosa Parks

"Fear is never a reason for quitting; it is only an excuse."  ~Norman Vincent Peale

"Somebody should tell us…right at the start of our lives…that we are dying. Then we might live to the limit, every minute of every day. Do it! I say. Whatever you want to do, do it now! There are only so many tomorrows." ~Michael Landon