It's not just about words!

Will people remember my words or my faith?

That is what Jason Wright talked about in his article today. It was exactly how I feel ( in some small way ), when  people remember my motivational speeches or read this ... my motivational blog. By reading and hearing me speak and better yet, by watching my actions... do you know what I believe? That is important to me and even though I fall short of the mark many times, I hope you know what I believe, and that each day I am trying to live up to that principle better!
I actually haven't gotten Jason's new book  The 13th Day of Christmas yet, but I hope to soon! He is one of my favorite authors and Christmas is of course my favorite ... all year long. That's a winning combination!
Day 2 for Jeff and I on our trip, can't wait to get out and see more of the city! 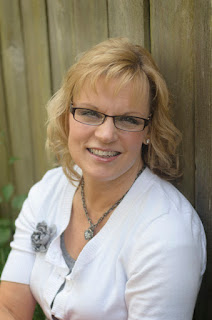 So have a good night dear friends!

Wright Words: It's not just the words, it's about faith

Last week I released my 10th book: “The 13th Day of Christmas.” It’s hard to believe a crazy dream that began in the third grade has turned into a life's work of writing books and telling stories.
A new book means promotional appearances, signings, speaking engagements and question and answer sessions in some of my favorite cities. The events remind me why I write, and it certainly isn't because I enjoy long hours alone with my laptop. It’s never been about the words on a page; it’s always been about the people who read them.
At one of these events a reader asked me which of my books I’m most proud of and how I’d like to be remembered when my career or life have come to an end. I rambled on about how books are like children and it’s tough to pick a favorite. I added that all the books are meaningful to me for different reasons.
But later, as I reflected on the exchange, I realized how wrong I’d been.
If my career ended today, if I never wrote again and my professional life were judged on the work I’ve already produced, how would I want to be remembered?
My instincts suggest that my first national release, “Christmas Jars,” has had the greatest impact. Not because of the black and white words on a thin piece of paper, but because the words have grown into action for so many people. I am staggered by the number of you who’ve done more than simply read the novella, but who’ve dedicated themselves to the Christmas Jars movement.
But is that what I want to be most remembered for? Not really.
My latest is also a Christmas book and the quirky truth it reveals — you’ve been singing the “12 Days of Christmas” all wrong —is sewn into my soul. Though the plot is fiction, the tradition behind it is buried in a decades-deep foundation poured during my childhood.
I am proud of the book. But do I want it to define me? Not quite.
If I could chat with that reader again, I’d say that I don’t want to be remembered for any specific title, plot twist or commercial success, but for the threads that run through the books. I care less about whether people remember characters, jokes, or scenes than I do what the stories fundamentally say about my beliefs.
Like any writer, I started with a dream of people seeing my book in a bookstore. Today I just hope someone picks up a book with my name on the front and knows exactly what they’ll find inside. The stories may differ and the drama and conflict may change from character to character and from scene to scene. But I hope they see the common colors that hint at how I was raised and what I hope to become.So, how would I like to be remembered when my career or life have come to an end?

I hope to be remembered not as someone who sold a few novels, but as someone who shared my faith in every line, every character arc and every closing chapter.
I want to be remembered as someone who knew that God lives.
I want friends, family and readers to know through the lines of my books that I know God has a plan for us to return home. Just like parents send their children out into the world and desperately hope they will make good choices and someday return, I know that God wants the same for us.
I want to be remembered as someone who knew that God loves each of us. He loves us on the good days, the bad days and all the days in the middle. Plus, I know that he never gives up on us, even when we sometimes give up on ourselves.
If it all ended today, I would want to be remembered for believing that God knows us individually. Why wouldn’t he? God is our literal creator, our perfect father. Of course, he knows us by name.
I think if I had a chance to rewrite that scene and take a second shot at answering that reader’s question, I’d finish by saying that if in 10, 20 or 200 years my books have been forgotten, I hope that my faith has not.
I look forward to my upcoming schedule and the next opportunity I have to answer questions. And if someone asks how I want to be remembered, I won’t make the same mistake again.
I'm not sure writing books and telling stories should be my life's work, after all.
I'd rather tell his.

That is just so awesome! I enjoyed reading your words and your faith is evident. I also would want that said of my life.....as we have 9 grandkids now, one being a boy!...and a great teen he is now...but life is certainly not all about words...the way we live "speaks" libraries full!...I don't know how I found your blog...I am a quilter and somehow I found your patterns "somewhere"...God bless your work and life...See you with HIm one day I am sure!! Karen