I have probably told you this before, but I work at a Quilt Shop. I know…I am very blessed to work doing something that I actually LOVE! One of the things that we are doing to help promote business for the holiday,  is I am doing the 12 Days of Christmas for the ladies. Each day (except for Sundays) I will be teaching a free Demo on a gift giving idea for Christmas. Today was day ONE. I was so nervous, you would have thought I have never done this before. I even dreamed that no one came today to my class and I had to go home early!

My daughter Amy works on Saturdays so it was extra special having her there. But I a glad to report that we had a wonderful turn out and everything went well, better than I could have imagined. Yes, I love teaching, I love the ladies, I love creating… so it is a win win situation. I don’t know, just the feeling that you are sharing something that you love with someone is just the BEST!

Now I realize it is still November and I am not trying to rush it, but when you have a store you have to prepare a bit earlier so the ladies have time to actually make these gifts for Christmas. But since we are talking about Christmas and it isn’t too far way, I have decided tonight to share with you one of the best stories I have ever read about Santa Claus. ( I share it each year )

If there are any doubters out there…this will change your heart! 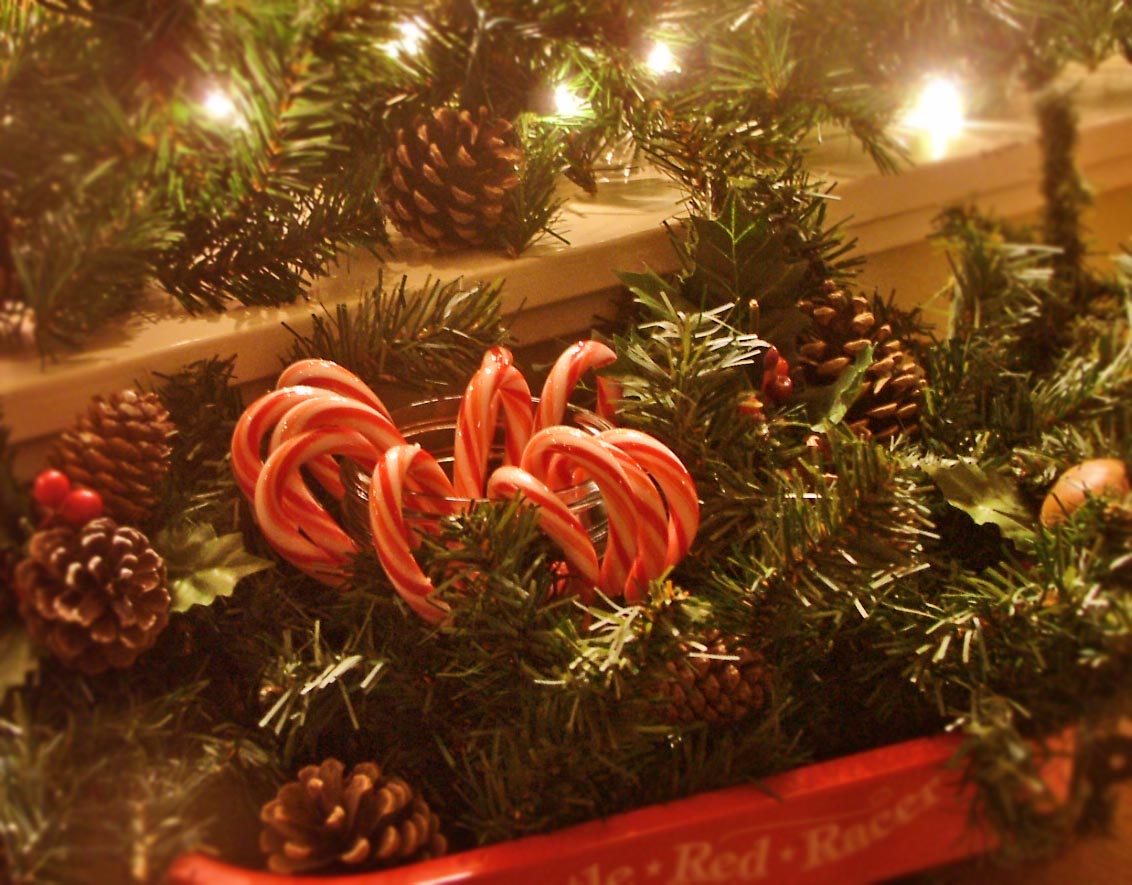 I remember my first Christmas party with Grandma. I was just a kid. I remember tearing across town on my bike to visit her on the day my big sister dropped the bomb: “There is no Santa Claus,” she jeered. “Even dummies know that!”

My grandma was not the gushy kind, never had been. I fled to her that day because I knew she would be straight with me. I knew Grandma always told the truth, and I knew that the truth always went down a whole lot easier when swallowed with one of her world-famous cinnamon buns.

Grandma was home, and the buns were still warm. Between bites, I told her everything.

She was ready for me. “No Santa Claus!” she snorted. “Ridiculous! Don’t believe it. That rumor has been going around for years, and it makes me mad, plain mad. Now, put on your coat, and let’s go”

“Go? Go where, Grandma?” I asked. I hadn’t even finished my second cinnamon bun. “Where” turned out to be Kerby’s General Store, the one store in town that had a little bit of just about everything.

As we walked through its doors, Grandma handed me ten dollars. That was a bundle in those days. “Take this money and buy something for someone who needs it. I’ll wait for you in the car.” Then she turned and walked out of Kerby’s.

I was only eight years old. I’d often gone shopping with my mother, but never had I shopped for anything all by myself. The store seemed big and crowded, full of people scrambling to finish their Christmas shopping.

For a few moments I just stood there, confused, clutching that ten-dollar bill, wondering what to buy, and who on earth to buy it for. I thought of everybody I knew: my family, my friends, my neighbors, the kids at school, the people who went to my church. I was just about thought out, when I suddenly thought of Bobbie Decker. He was a kid with bad breath and messy hair, and he sat right behind me in Mrs. Pollock’s grade-two class.

“Is this a Christmas present for someone?” the lady behind the counter asked kindly, as I laid my ten dollars down.

The nice lady smiled at me. I didn’t get any change, but she put the coat in a bag and wished me a Merry Christmas.

That evening, Grandma helped me wrap the coat in Christmas paper and ribbons, and write, “To Bobbie, From Santa Claus” on it. Grandma said that Santa always insisted on secrecy. Then she drove me over to Bobbie Decker’s house, explaining as we went that I was now and forever officially one of Santa’s helpers.

Grandma parked down the street from Bobbie’s house, and she and I crept noiselessly and hid in the bushes by his front walk. Then Grandma gave me a nudge. “All right, Santa Claus,” she whispered, “get going.”

I took a deep breath, dashed for his front door, threw the present down on his step, pounded his doorbell and flew back to the safety of the bushes and Grandma. Together we waited breathlessly in the darkness for the front door to open. Finally it did, and there stood Bobbie.

Forty years haven’t dimmed the thrill of those moments spent shivering, beside my grandma, in Bobbie Decker’s bushes. That night, I realized that those awful rumors about Santa Claus were just what Grandma said they were ridiculous. Santa was alive and well, and we were on his team.

“Santa Claus is anyone who loves another
and seeks to make them happy; who gives
himself by thought or word or deed in every gift
that he bestows; who shares his joys with those
who are sad; whose hand is never closed against
the needy; whose arm is ever outstretched to aid
the weak; whose sympathy is quick and genuine
in time of trouble; who recognizes a comrade
and brother in every man he meets upon life's
common road; who lives his life throughout
the entire year in the Christmas spirit.”