I know that school ended less than a week ago for us, but when I read this story it reminded me of a dear teacher and friend of mine. Her name was Julie Ann Wilks Pollard and she lost her battle with lung cancer 2 years ago. I still have a note that she wrote just days before she died, hanging on my bulletin board...along with her picture. She was an inspiration to so many.  I belief that her influence is still being felt today by her family, friends,  and her community, YES, she touched many lives. This post is dedicated to her...one incredible mother, sister, daughter, friend and TEACHER! I sure miss you Julie! 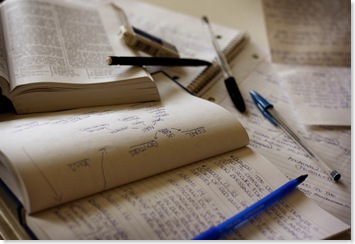 Years ago a John Hopkin's professor gave a group of graduate students this assignment: Go to the slums. Take 200 boys, between the ages of 12 and 16, and investigate their background and environment. Then predict their chances for the future. The students, after consulting social statistics, talking to the boys, and compiling much data, concluded that 90 percent of the boys would spend some time in jail.

Twenty-five years later another group of graduate students was given the job of testing the prediction. They went back to the same area. Some of the boys - by then men - were still there, a few had died, some had moved away, but they got in touch with 180 of the original 200. They found that only four of the group had ever been sent to jail.

Why was it that these men, who had lived in a breeding place of crime, had such a surprisingly good record? The researchers were continually told: "Well, there was a teacher..." They pressed further, and found that in 75 percent of the cases it was the same woman.

The researchers went to this teacher, now living in a home for retired teachers. How had she exerted this remarkable influence over that group of children? Could she give them any reason why these boys should have remembered her? "No," she said, "no I really couldn't." And then, thinking back over the years, she said amusingly, more to herself than to her questioners: "I loved those boys..."

"If a doctor, lawyer, or dentist had 40 people in his office at one time, all of whom had different needs, and some of whom didn't want to be there and were causing trouble, and the doctor, lawyer, or dentist, without assistance, had to treat them all with professional excellence for nine months, then he might have some conception of the classroom teacher's job."  ~Donald D. Quinn

"A teacher affects eternity; he can never tell where his influence stops."  ~Henry Brooks Adams

"What the teacher is, is more important than what he teaches."  ~Karl Menninger

Thank you for your post about teaching. Dan (as an English teacher) has good days and bad days. Most of the time the bad days are due to parents and most often the ones who are not involved in their child's lives. I am continuously amazed by the influence for good he has. Just today a couple of students came by to chat. They needed his opinion. Anyway, thanks again for your posts. I love reading them and sharing your blog with my friends. Love to you!