I am working on another presentation, this one Jeff and I will be doing together in two weeks for the Youth in our church. We have been preparing the main presentations to be about HEROES. Of course when you say that in the world today, everyone naturally thinks of Batman, Superman, Ironman and on and on. 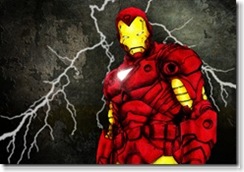 But I am thinking about more REAL HEROES, ones we know personally or ones that we know from the Scriptures. At church we talked about Gideon. I love the strength and courage that he had. I loved how human he was and some of the things he did, to keep asking God for reassurance. I have done that myself many times, when I thought what lied ahead of me was too big or too hard. His task was not an easy one, but isn't that true for most of  us?

In Judges chapter 7 we read where the Lord tells Gideon that too many in his army. So Gideon tells them 'Whosoever is fearful and afraid, let him return and depart...'  After that there returned of the people twenty and two thousand; and there remained ten thousand. The Lord tells Gideon once again that there are too many, he then told them how to make the judgement of who leaves and who stays. At the end of that test, there was only 300 left that the Lord wanted. The Lord reassures Gideon that with those 300 men, he will save and the deliver the Midianites into his hand. The Lord knew that if there were too many men that they would think it was by their own strength that they won the battle. He wanted to make sure that they knew it was only with his help that they were victorious. Gideon...was a true hero.

How thankful I am for the scriptures which give us a knowledge of the Lord's way. It is not always our way, but definitely the right way!

"I have always found that when we do the little things correctly, the Lord gives us the strength to accomplish big things... You might not always understand the reasons for some rules or commandments, but if you will follow them even in the little things you will have more strength to do big things... And you will have the great blessing of knowing that you are on the Lord's side and that He is on yours."  ~ Donald L. Hallstrom

"Nobody ever outgrows scripture; the Book widens and deepens with our years."   ~ Charles H. Spurgeon