Well, my back actually felt better today, maybe it is because I didn't do anything...once again? When I was at the Doctor the other day and told him that I still have to lay down at least once a day, his reply was "Lynn, maybe that is just going to be your new NORMAL?" Maybe he is right but it is hard to spend so much of my day in bed. There are sooooooooooooo many things I would like to be doing instead. But I need to count my blessings and one of them today was SUNSHINE, yes... we actually saw the sun today! So today was slow, simple, but good. I will close with this story that reminded me once again no matter what my days are like... to NEVER GIVE UP! 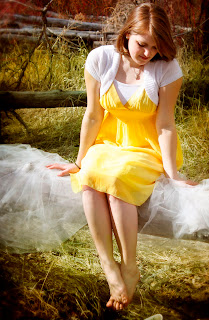 Sir Winston Churchill took three years getting through eighth grade because he had trouble learning English. It seems ironic that years later Oxford University asked him to address its commencement exercises.

He arrived with his usual props. A cigar, a cane and a top hat accompanied Churchill wherever he went. As Churchill approached the podium, the crowd rose in appreciative applause. With unmatched dignity, he settled the crowd and stood confident before his admirers. Removing the cigar and carefully placing the top hat on the podium, Churchill gazed at his waiting audience. Authority rang in Churchill's voice as he shouted, "Never give up!"

Several seconds passed before he rose to his toes and repeated: "Never give up!" His words thundered in their ears. There was a deafening silence as Churchill reached for his hat and cigar, steadied himself with his cane and left the platform. His commencement address was finished.

"A single sunbeam is enough to drive away many shadows."
-- St. Francis of Assisi