Yesterday like I had mentioned, Jeff and I were privileged to speak to the youth of the church. Our topic was TRUE HEROS. Our daughter Lauren along with Jeff, has always loved comic books and super heroes. She loves drawing them too. So we used 5 of her super hero drawings and then 5 photos of scripture heroes and then we did a whole power point from that. At the end, she drew us a picture of teenagers dressed up in church dress and then as heroes. The point was that You can be a real hero, you can effect change in the world  if you remember to ...

2...have courage to stand up for what is right when no one else will

4...be true and faithful

6...be obedient to the commandments of God

Here is one of the super heroes that we used....IRONMAN---- he didn't have super powers but he did have a really neat suit, it was his armor and it could do incredible things. But it was his armor that gave him his power and protection. The real hero from the scriptures that we talked about was...David. 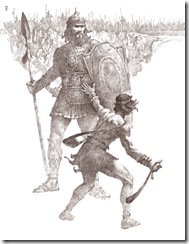 The Israelites and the Philistines were at war. Among the Philistines was Goliath a giant who challenged to personally fight any Israelite. When David saw the giant and heard his threats, he was amazed that no one would challenge him, so he said he would. Here was Saul's reply to David ( 1 Samuel 17:33) Now read what David's response was back to Saul ( 1 Samuel 17:34-37 ). Then Saul tries to help David prepare for the battle by giving him armor to wear. Now David did not want to wear the armor, it didn't fit him, it wasn't something he was comfortable with. He didn't need armor, his protection and armor was... his faith and trust in God! He remembered his protection and success with fighting the lion and the bear. He remembered the small victories that the Lord was with him, he had full confidence that he would be also with him in fighting Goliath. "Most of us will face lion and bear situations before we are asked to meet the Goliaths in our life."   ~ S. Michael Wilcox

Remember the most important armor we can wear on a daily basis, is Faith in the Lord, Obedience, so we can be worthy of the Lord's help and Courage to stand up and do what is right! Each of us can be REAL HEROES when we CHOOSE THE RIGHT (CTR) 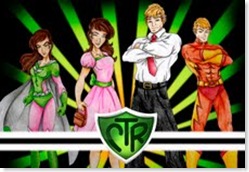 "A hero is an ordinary individual who finds the strength to persevere and endure in spite of overwhelming obstacles."   ~ Christopher Reeve