Ok, now you can breath!

There have been times in my life that I have gotten so worked up about something; or so frightened and worried about something that it seems like I forgot to breath almost. Today was one of those days, try as I might...I didn't sleep the best last night, in anticipation for my yearly mammogram and ultrasound appointment. One that I have put off a couple of times. I was going to have someone go with me but in the end, I really felt like I needed to do this one on my own. After many family and friends calling me, sending me cards and praying for me,  I knew that I needed to work on my ability to just trust the Lord again.

I arrived at Bellevue Medical Imaging at 9:30am and was immediately taken into the waiting room, then a sweet young nurse came out ( who was new to me ) and told me where to change my clothes and that she would be the one doing my mammogram today. I was a bit nervous because one of the nurses that I have had with me for the last few years, had moved to another facility and I was really hoping that she was going to be there. But I have to admit, this new nurse ( or at least new to me ) was incredible and very compassionate and caring too. She is definitely working in the right field! The mammogram went well and of course took less time since I only have one bodies ( as my 4 year old granddaughter calls it ). Then they took me into do an ultra sound. That is always a bit more scary to me because they are not allowed to tell  you anything that they see or don't see, as they are doing the ultra sound. When you are pregnant and have an ultra sound, they show you everything and tell you what everything is. Maybe they do that if you asked them but, basically because they are looking for cancer, it wouldn't be up to them to tell you anything. In a couple of areas she went back and looked and scanned it more than once, and so I was praying hard that she was just being thorough and not actually seeing an area of concern. That went on for awhile and then she had to check my left side. It was a weird feeling to have an ultra sound done on just my chest wall. When I first came in, they asked me if I had any concerns or had felt any lumps, my reply was "no, not anything with my breast but as far as my chest wall, I have no idea what I am actually feeling. I have never not had a breast there and so that is a little frightening some times to feel something hard and then realize, that is probably just a rib or something".

After she finished, they brought in another technician to get a second look and she didn't take much time at all, she felt the first tech did a thorough job I guess? Next Dr. Jacobson (the radiologist ) came in and did the ultra sound himself on me, checking me for the third time. He said that everything looked good and then he suggested that I come back in December for my MRI. My back was hurting by now, since it had almost been 2 1/2 hours so... I was glad that I didn't have to do any more tests. I was impressed once again with Dr. Jacobson, who seems to go above and beyond for his  patients. I know that he helped us last time with even picking a surgeon, getting into appointments right away and even came in on a Saturday to call and give us test results, so we wouldn't have to worry for the whole weekend. I am grateful for his compassion too and even though it was a hard appointment to make and keep today, I am glad I did and that it is over.

I admitted to Dr. Jacobson that I had a very hard time making this appointment. He said that I wasn't the only one, since they added the new wing on there for just Women's Imaging he said their numbers have dropped. I was shocked because I thought they would have had more business, it was a beautiful facility, plus they have more rooms for the mammogram's and testing and more employees to make things go smoothly. He said that there were a few reasons why it  has slowed down. One is ...because there is some controversy over how often you should get mammogram's, that is causing people to doubt, two is...because of the economy...people are just cutting costs all together, even if that means not going to their regular check-ups and third is... it is hard to people who are survivors to go back into the whole medical cancer searching arena, they just want to go on with their lives and quit thinking and worrying about cancer. But knowledge is power and so I was grateful that I took a deep breath and finally did it. I did have to have a little coaching ( ok, a lot of coaching ) from my Doctor, family and friends but...I did it and so now I can finally BREATH and go on with life. 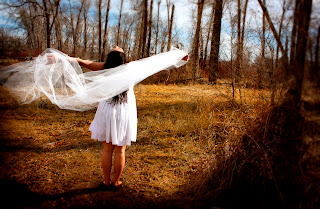 Thanks to all of you that have been so supportive and patient with me, I am sure it is frustrating at times to see a friend or loved one need to do something and yet they keep avoiding it. Just remember to be patient with them, (especially if you haven't experienced it yourself) and pray for them. Life can be hard and very scary at times. Thanks for  your faith in me... and as always for your love and prayers!

"As your faith is strengthened you will find that there is no longer the need to have a sense of control, that things will flow as they will, and that you will flow with them, to your great delight and benefit."   ~ Emmuanuel Teney

"Be faithful in small things because it is in them that your strength lies."
Mother Teresa

I'm so proud of you for going by yourself yesterday. You are incredibly brave! What you said hit home to me... I need to remember to have more faith and rely on Heavenly Father. Thank you for the reminder, I needed that! I love you and I'm so incredibly glad that everything is okay. You're the best... don't forget that! Your girl, Amy