My mom told me that from the time I was real little, that all I wanted to do was draw! She would always told me how good I was and how much she loved each picture that I drew. I was grateful for her encouragement and it helped give me the desire to keep going at it. However my dad was just the opposite, he thought it was a waste of time and a distraction from my school work. I think it is interesting the power that parent's have over their kids, just through encouragement or criticism. This story was a good reminder for me to truly watch what I say to my kids about their talents and likes.

One never really knows the potential in a child, so it is vital to try and support and encourage every talent that they have or desire to have. I don't mean support by sending them to school's and classes that cost a lot, but a support through the encouragement you give them. Yes a kind word, positive thought, believing in them...all these things can go a long way and most important can help your child go a long way in life!

Good night dear friends and don't forget to encourage and appreciate your own talents and those of your family.

Dante Gabriel Rossetti, the famous 19th-century poet and artist, was once approached by an elderly man. The old fellow had some sketches and drawings that he wanted Rossetti to look at and tell him if they were any good, or if they at least showed potential talent.

Rossetti looked them over carefully. After the first few, he knew that they were worthless, showing not the least  sign of artistic talent. But Rossetti was a kind man, and he told the elderly man as gently as possible that the pictures were without much value and showed little talent. He was sorry, but he could not lie to the man.

The visitor was disappointed, but seemed to expect Rossetti's judgement. He then apologized for taking up Rossetti's time, but would he just look at a few more drawings- these done by a young art student?

Rossetti looked over the second batch of sketches and immediately became enthusiastic over the talent they revealed. "These", he said, "oh, these are good. This young student has great talent. He should be given every help and encouragement in his career as an artist. He has a great future if he will work hard and stick to it."

Rossetti could see that the old fellow was deeply moved. "Who is this fine young artist?" he asked. "Your son?"

"No," said the old man sadly. "It is me-40 years ago. If only I had heard your praise then! For you see, I got discouraged and gave up--too soon." 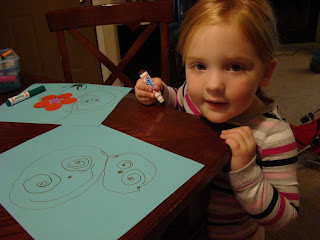 "THERE ARE NO SEVEN WONDERS OF THE WORLD IN THE EYES OF A CHILD. THERE ARE SEVEN MILLION."  ~Walt Streightiff

"WE WORRY ABOUT WHAT A CHILD WILL BECOME TOMORROW, YET WE FORGET THAT HE ( SHE ) IS SOMEONE TODAY."  ~ Stacia Tauscher

I agree with you on this one. Encouragement is my passion, because I know it makes a difference for me! I believe if we could learn to say encouraging words to each other(especially the kids!) we could change the world one person at a time.
How to encourage
http://howtoencourage.blogspot