From Lauren:  "Isn't it interesting how such little things is life can bring about such happiness. To a child a balloon or a small toy becomes a wondrous gift that they have just received. As we grow older sometimes those little joys seem to fade. But I have found that with my mother those things never have faded from her life. Just being able to create something new for someone else to treasure has given her the joy and happiness she needed as she struggled through her cancer. And if there is anything that I have learned from my mother, it is that one should never lose sight of the simple yet important things in this life time."

In my family, taking a vacation together was our greater treasure. The four of us would load up the family truck and prepare for the transcendental bliss that came with a lawn chair by a beach. Those trips were the things we looked forward to the most each year, a time for us to reunite without the stress of jobs, school, piano lessons, and dance classes. However, when my mom was diagnosed with breast cancer in the summer of 1999, our vacations went on hold.

Nearly a year later, my mother and I took a trip to Disney World. Because she was still recovering, I had become the adult, responsible for the two of us. I saw to it that her head was covered, that she took her medicine, and that she stayed calm. Our trip to Florida was no vacation for me. While my father was away on business each day, I was to take care of my mother as best as a ten-year-old kid could.

I dragged our bags into our hotel room as I watched my mother scratching her bald scalp under her wig. Ever since she had lost her hair, tension had grown between us. I had come to see her as someone who once was my mom, but who now was this balding woman, weakened by life's sorrows, barely able to hold up the corner of her lips when she smiled. I was not on vacation with my mother. I was on vacation with a ghost.

On our first day, I rented a wheelchair and pushed her around like a child in a stroller. When my arms would start to throb, she would mumble quietly, "Ally, I'm an adult. I can walk." I would push harder, pretending I didn't hear her.

As we entered the park, she saw a man selling balloons and like a child, she requested a specific one, refusing to accept any other then the one she originally wanted. I tied the silky ribbon around her thin wrist. The yellow balloon became a second sun in the sky.

The weather was mild that spring, but regardless, I tucked my mom into the wheelchair with a blanket. She wanted to walk with me, but I still refused to let her. When she wanted to take her wig off, I told her I was embarrassed. I pushed her around from ride to ride, stopping occasionally so she could try and stand, take a pill, eat, or greet a character she loved.

It rained on the second day. As I was preparing our backpack with peanut butter and jelly sandwiches, I heard my mother crying in the next room. I opened her bedroom door quietly. I saw the balloon she had bought the day before, deflated and sagging in the corner next to the bathroom. My mother was sitting on her bed, her feet dangling like the ribbon that held the balloon. Her wig was spinning in her hands and her head gleamed like Mylar in the lamplight. She began crying into the wig.

The door creaked slightly. She looked up at me. I stared awkwardly at the mother I loved and mumbled a question, asking if she was ready to go. She wiped her eyes on the sleeve of her shirt, nodding. I walked over and sat down beside her, my feet dangling like hers off the bed.

"What's wrong?" I mumbled. She nudged her head towards the window.

"It's raining." I looked at the top of her head and noticed the rash that had spread across her scalp. I told her I had an umbrella.

She lifted up the wig to put it on her head. She smiled at me weakly. I could feel the sadness pouring out of her eyes.

As I gazed at my mother, I realized I was ruining our vacation. This was our time to be together, to experience what we had been denied since the cancer had moved in and monopolized our lives.

The day before, my mother had felt alive for the first time in years, and I had stifled her in every way. I had refused to let her heal. We were in "The Happiest Place on Earth," and I wasn't letting her live. I realized that my mother didn't need another doctor. She needed her daughter.

I looked at the floor, ashamed of my behavior, and told my mom she didn't have to wear her wig anymore. She looked up from the window and stared at me in disbelief. I smiled back. She ripped the wig off her head and threw it on the bed. She grabbed a scarf from her suitcase and I helped her tie the knot. In the wheelchair, she reached for the extra blanket. I told her she didn't need it and I packed an extra sweater, just in case.

She soared through the park, smiling at the gray sky, holding my hand, and feeling as alive as the children surrounding her. I bought her another yellow balloon that we tied onto the backpack. She told me she liked that one best.

I remember my mom was hopeful that day, and not worn down by her cancer. She welcomed whatever would come next, and I was ready to follow her lead. I just wanted her to be happy. With a deep breath, I let her be herself, and watched as she reached for the clouds, embracing life. 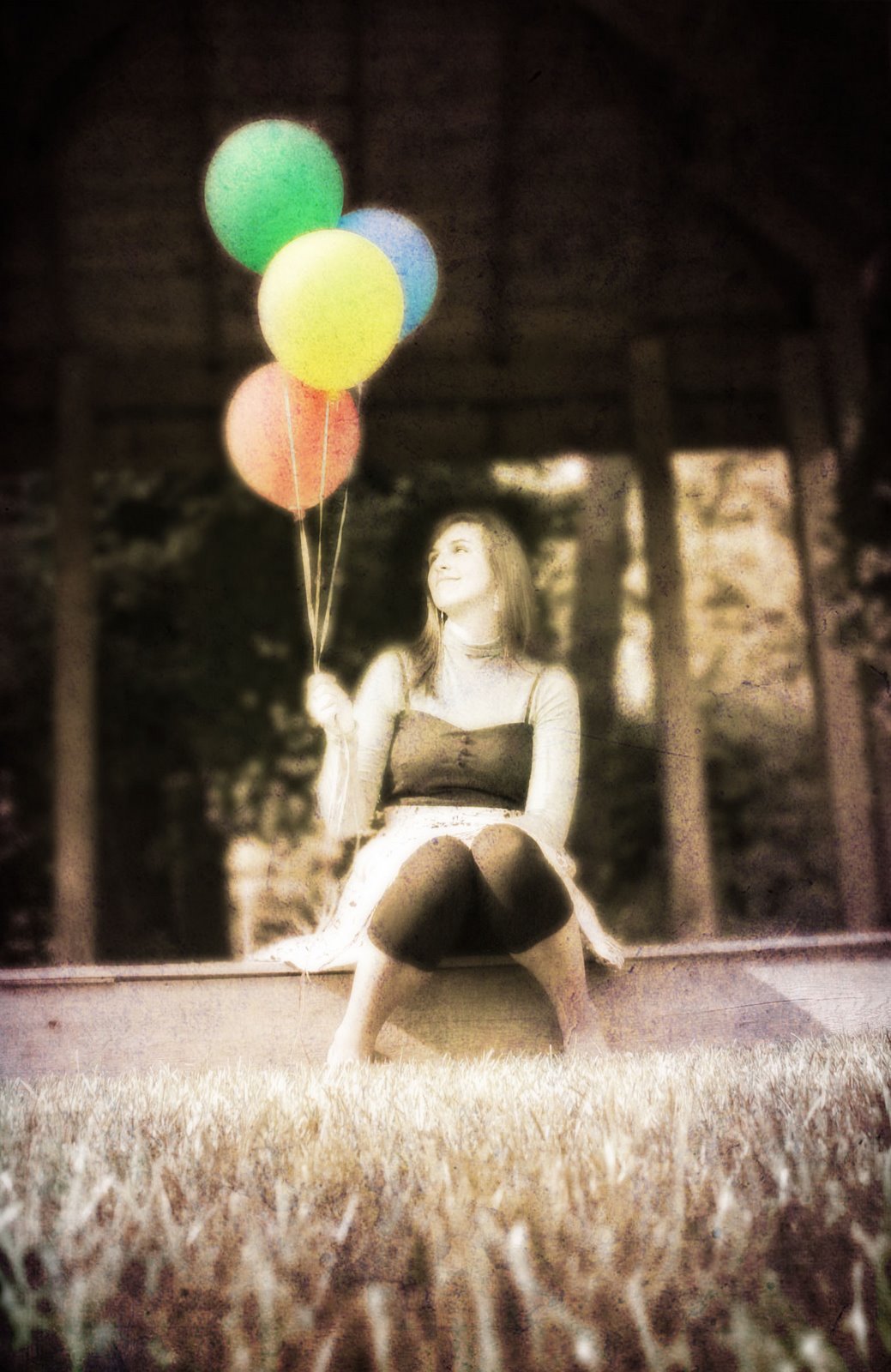 I am so honored that you blogged about my story! Thank you so much for reading!