I have always liked as a kid treasure hunts, searching for something special was always even a fun game that we would play with our kids too. Today is Sunday, and I have to admit that I actually think of being able to go to church is a real treasure. One of my favorite scriptures in the Bible is in the book of Matthew 6:19-21 it talks about the type of treasures that we all need to be lay up for ourselves, and they aren't ones that "moth or rust doth corrupt or where thieves can break through and steal".

It made me think of an experience that I had 10 years ago. I got a call from a dear family friend. His name was John and he and his wife were always at our home, I actually felt like John was like a 2nd Dad to me ( I even called him on Father's Day). Anyway, John called, and told me that he had Brain Cancer and that he was only given  a few weeks to live. He was from my home town Huntington, West Virginia. He asked if  he could send me money for an air plane ticket to come home see him before he died? Of course I said yes, and tried to do all that I could to be prepared to spend some time with him. One book that I read that really helped was the book called TUESDAYS WITH MORRIE. It was a wonderful book that helped me feel more confident in saying good bye to my dear friend.

John was always a very tailored and well dressed man. He never went out the door that his shoes or shirt didn't match and he was very independent. He was also a very STRONG man. When my dad drove me up to the door and I rang the bell, I wasn't quite prepare for what I saw. The hospice nurse answered the door and took me back into the family room where John was sitting in his  pajamas in a recliner chair. His hair was sorta messed up from laying down and his left side was paralyzed. It took all the energy he had to get up, but he insisted on giving me a hug and he just cried and cried and thanked me for coming. He told me how much he had missed me and how he always felt like I was his daughter. ( he and his wife never had children) He was no longer the strong and put together man that I had always known. He looked bad and felt bad and he was very weak. I know he was embarrassed for me to see him in that shape... but we were both glad that I came, and better yet that I made it in time.

So for four days we just visited, I would sit on the couch and he in his chair. We talked about everything and anything, it was just fun to be with him. I was amazed how every day he seemed a bit better and more happy. I spoke to the Hospice nurse and she said that it was because I was there, he had been waiting for me. On the fifth morning we got a very early call from him, we were all scared when the phone rang. He said he wanted to take me and my mom and dad out for breakfast to Shoney's. I couldn't believe what I was hearing, how in the world would we get him to breakfast when he couldn't even use his left side?  Long story short, he was already up and dressed and waiting for us, it was nothing less than a miracle, he looked healthy and strong again.

While at Shoney's I snuck out and called the Hospice nurse and asked her what was going on?  She said that sometimes right before a person dies, they get a spurt of energy or health and then usually it is your way of knowing it was very close to the end. So there I was with my mom and dad and John at Shoney's, having the all you could eat breakfast. I couldn't eat anything because I was so nervous. I didn't want John to die there, that would be weird. I also brought my camera and thought I should capture all these last moments, he would just laugh every time I took a picture and say to me, " put away the dumb camera and get me some more hash browns". It was a interesting breakfast to say the lest.

We actually did a couple of things while we were out and then we took him home to rest and I promised to come back that night before bed time. As we spoke, you could tell that all that he did that day was too much; he was worn out. We talked about a lot of things, mostly what we thought HEAVEN was like. We talked about his funeral and the program that he wanted. Then before I left he said, "now Lynn, tomorrow I want to tell you where Joyce's diamond ring is. ( His wife Joyce had died a couple of years earlier of the same cancer) I said "what ring is that?" His reply shocked me, "it is the one that I got her for our anniversary, it was really nice , three or four carats" and I want you to have it."  I said that he could tell me now and I would get it tonight, but he told me he was tired and he would tell me where he had it hidden tomorrow. John died at 11:00 PM that night.

The next day we had to go over to the house and clean it before his family from out of town came. He hadn't spoken to his family in years and so we wanted to have everything ready for them. While we were cleaning though, my mom and I searched that whole entire house for that ring, THAT TREASURE! I don't think I have ever laughed so hard or searched so hard for something in my life! Of course we never found it, and yes...we did look in the sugar bowl!

Now let's go back to the scripture verse 21 says... FOR WHERE YOU TREASURE IS, THERE WILL YOUR HEART BE ALSO. And that was a funny memory that I had this weekend but I realized today that the REAL TREASURES I have already found. I have had them for many years and that truly is where my heart is. So I will leave  you tonight with a list of my TREASURES, ones that Thieves cannot steal or that moth and rust can corrupt.

MY FAITH, MY FAMILY, MY HEALTH ( AT TIMES ) MY FRIENDS, MY HOME, MY MEMORIES AND MY HOPE. Yes, these are the things I really treasure. Oh I wouldn't have minded finding that ring but it obviously wasn't meant to be. Jeff said that it would have been worse if John would have said " Lynn, it is under the B...." then died." Obviously I married a man with a sick sense of humor :) But we all did have a good laugh about it this weekend when I told the kids about it because they had forgotten the story. And it was a good reminded to me of what I really want and treasure in my life. Yes, I am already RICH!

So let all of us try to remember what real TREASURES we have in our lives, and to make sure that we put our whole heart into them, that is what is most important. Thanks so much for being one of my greatest TREASURES!

"If out of all mankind one finds a single friend, he has found something more precious than any treasure, since there is nothing in the world so valuable that can be compared to a real friend."  ~ Andreas Capellanus 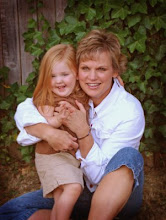 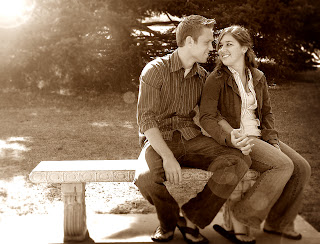 "A man travels the world over in search of what he needs, and returns home to find it"
~ George Moore

"A happy family is but an earlier heaven."   ~John Bowring