33 years ago I got to marry my best friend for time and all eternity in the Washington DC Temple! It was by far the greatest decision of my life! I am truly a different and better person because of him. We dated for 2 years and then we both took time apart and served a mission for our church. Jeff went to Montreal Canada and learned how to speak French. I on the other hand went to Salt Lake City and got to get rid of some of my southern language. :)
I was pretty sure when I came home that I was going to go on to college back in Utah, and that maybe Jeff and I would maybe do some more long distance dating again. But once I got off the plane and I saw him waiting for me at the airport along with my family... and I knew that those plans weren't going to be coming to life, I was still head over hills for him and I couldn't wait for us to start dating again! But just a day later, the dream came true and the rest is history...we were married 3 months later! June 23rd, best day of my life! 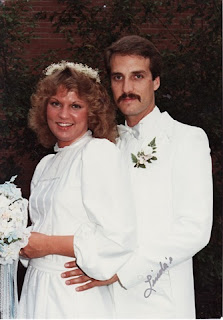 Normally Jeff and I go somewhere special to celebrate our anniversary, but today I said goodbye to him this morning as he headed out for the airport. He is going to Texas to help Krystal, Brad and Kai move into their new house! I wanted to go, but I will be going in September when Miss Oakley comes, so we thought he should go help them out!

So tonight this anniversary was a bit different and a bit lonely. Instead of eating dinner outside on the deck ( which is one of our favorite places to eat ), I decided to eat downstairs and watch a Hallmark series someone told me about on Netflix. 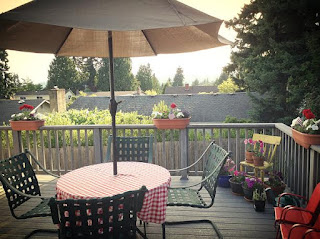 Still I just know things are worse when you are sick. My voice is still totally gone, for someone who likes to talk alot...this has been tough! :) And because it's night time, things always seem to get worse. I am hoping by tomorrow that the antibiotics will start kicking in!

But I had a sweet friend bring me some groceries and this beautiful orchid today. She told me it was a Get Well gift / a Congratulations gift for my new Studio!
I was so thrilled, this whole new Sewing Studio is really happening! I can hardly believe it! 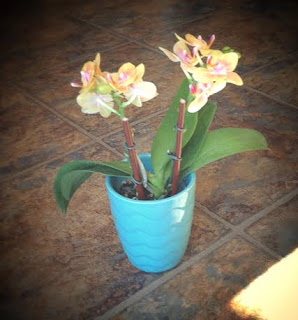 So Happy Anniversary to the Love of my Life! 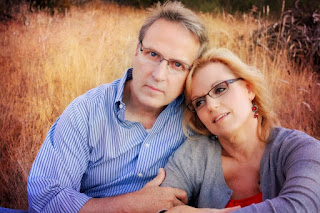