What a blessing it was to be able to go to Grandparents Day with Angie last Friday! 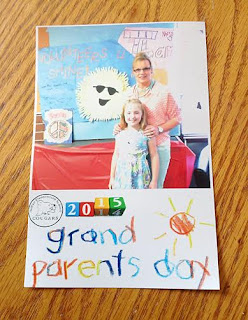 First we went to their class and the kids did a Reader's Theater, Angie is doing so well at school, sure proud of her. 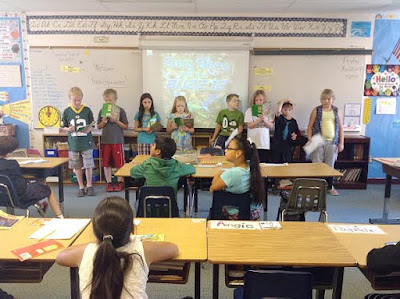 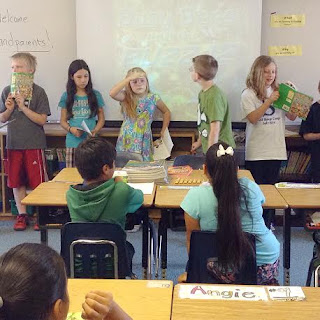 The teacher talked about what a great kid she was and how much he enjoyed her in class. I was grateful that she is trying so hard and glad that he said she is so thoughtful to others.
After she showed me her room and her work, we went around the school for her to show me the playground, the library to check out the Book Sale. To the Photo Booth and then ;last we went by the gym, so she could see the note that I wrote to her. Then we headed out. We decided since we got done so early, that we would just hang out for awhile. 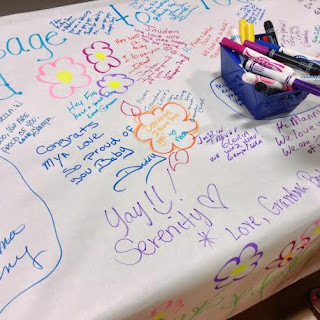 We had some snacks in the car, but Angie used her umbrella to give her some shade while we were parked. I was going to tell her that it was bad luck, but shoot... I don't even think that is true. Look at that cute smile, that is all the Luck I need! 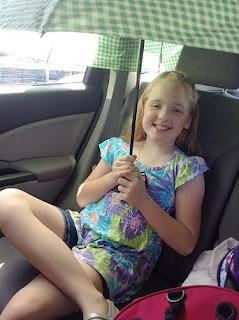 On the way to Monroe, we decided to stop by the Wayside Church, she has always seen it as she drives to her home but had never stopped in, so we did. What a cute little chapel. 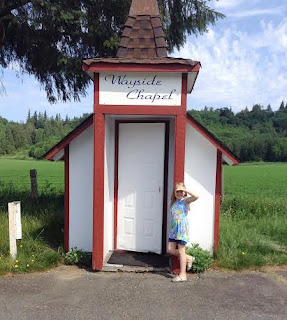 Then she went inside and we got to talk a little about why someone would build a chapel on the side of the road. I told her maybe it is because someone thought it would be a thoughtful thing to do if some one needed to stop somewhere to think or pray. Then we talked about the importance of prayer and having faith. 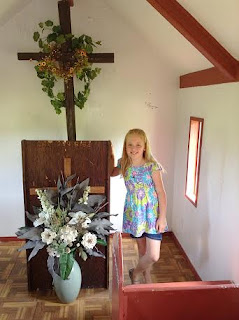 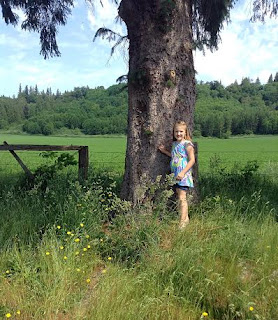 When she came out of the chapel, we just talked about what a beautiful day it was to have a Grandparents Day. So true!

Since Jeff is out of town for the weekend so I decided to stay since Saturday is Amy's Birthday. Got to go see Angie's Volleyball game, they won all 3...they were so excited!
Then went to a friend's Baptism. After that I watched the kids so that Amy and her friends could go out Friday night and then Saturday she and John could go out. 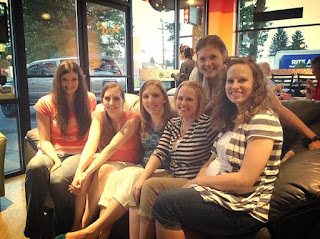 The girls and I had fun and I had to laugh, as I watched the girls playing with their dolls ...on their Dinosaurs! :) 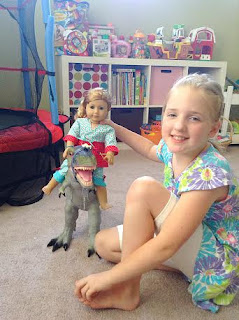