What to do before you die

I have talked to two friends in the last week that have loved ones that are terminally ill with cancer. I have spoken to friends who have just had family and neighbors diagnosed with cancer. I even spoke today with a friend that just recently had surgery for her cancer. It seems no matter how hard you try, you can't get away from cancer, and it's effect on at least one person that you know. I remember speaking to the husband of a dear friend of mine who had passed away from cancer a couple of years ago. His remark to me went something like this... "Lynn we have never met and yet I am grateful for your friendship to my wife, too bad that cancer and cancer treatments brought you together. I know that you are fighting your cancer a bit different than the most, and I just want to tell you that I pray that  you make it. I pray that you  won't have to suffer like she did, from such a terrible disease." His heart was filled with anger from a disease that took his life long sweetheart.

I spoke to my doctor the other day and was trying to explain the feeling that I have...since having cancer. It is life changing feeling. I know longer want to waste time doing things that aren't important any more. I don't want to try and please everyone anymore (because I know you really can't any way). I don't want to hold grudges or do things that don't aren't uplifting and satisfying any more. Yes, I honestly feel like I don't have time to waste, I want to enjoy all that I can, and I have such a feeling of gratitude for everything and everyone.

So yes my life has changed since cancer, the hard part is, that you can't give that feeling to others. I wouldn't wish cancer on any one, but I would give them at least the NEW LOOK ON LIFE! The feeling of satisfaction and the gratitude if I could.

I found this article that Erma Bombeck wrote before she died and thought it was really valuable! I hope you get something out of it too.

Thank you for your love, support and friendship. It means the WORLD to me! 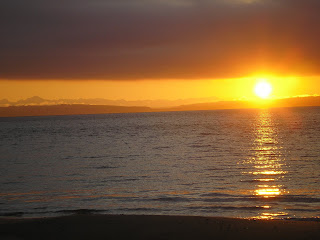 If I Had My Life To Live Over

I would have talked less and listened more.
I would have invited friends over to dinner even if the carpet was stained and the sofa faded.
I would have eaten the popcorn in the "good" living room and worried much less about the dirt when someone wanted to light a fire in the fireplace.
I would have taken the time to listen to my grandfather ramble about his youth.
I would never have insisted the car windows be rolled up on a summer day because my hair had just been teased and sprayed. I would have burned the pink candle sculpted like a rose before it melted in storage.
I would have sat on the lawn with my children and not worried about grass stains.
I would have cried and laughed less while watching TV - and more while watching life.
I would have shared more of the responsibility carried by my husband.
I would have gone to bed when I was sick instead of pretending the earth would go into a holding pattern if I weren't there for the day.
I would never have bought anything just because it was practical, wouldn't show soil or was guaranteed to last a lifetime.
Instead of wishing away nine months of pregnancy, I'd have cherished every moment and realized that the wonderment growing inside me was the only chance in life to assist God in a miracle.
When my kids kissed me impetuously, I would never have said, "Later. Now go get washed up for dinner."
There would have been more "I love yous"...more "I'm sorrys"...
But mostly, given another shot at life, I would seize every minute...look at it and really see it...live it...and never give it back.


In memory of Erma Bombeck who lost her fight with cancer.