Have you ever asked yourself that question? More importantly did you ever get an answer, one that was fair and made a whole lot of sense? I know that we all once or twice have asked ourselves that question. We sometimes may even feel that it is bad luck, and that we are cursed ...with either bad luck or no luck at all. Opposition happens to every one. When I was looking up inspirational article I found this one about Opposition, and loved it so much that I thought I would share it with you tonight.

Cripple him and you have a Sir Walter Scott.
Lock him in a prison cell and you have a John Bunyon.
Bury him in the snows of Valley Forge, and you have a George Washington.
Raise him in poverty and you have an Abraham Lincoln.
Subject him to bitter religious strife, and you have a Franklin Delanore Roosevelt, the only U.S. president to serve four terms in office.
Burn him so severely in a school house fire that doctors say he will never walk again and you have a Glenn Cunningham, who set the world record in 1934 for running the mile in 4 minutes and 6.7 seconds.
Deafen a genius composer and you have a Ludwig van Beethoven.
Drag him more dead than alive from a rice paddy, and you have a Rocky Blyer, running back for the great 1970 decade Pittsburgh Steelers.
Have them born into a society filled with racial prejudice and hatred, and you have a Booker T. Washington, Harriet Tubman, or Martin Luther King, Jr.
Have him born into a Nazi concentration camp, paralyze him from the waist down at the age of four, and you have an Eastman Pearlman, the incomparable pianist.
Call him retarded and write him off as uneducated, and you have an Albert Einstein.
Amputate the cancer-ridden leg of a young Canadian, and you have a Terry Fox, who ran halfway across Canada on artificial legs.
Take both legs away from him and you have a Douglas Bater, an RAF fighter pilot who was captured three times by the Germans and who escaped three times on artificial limbs.
Label him too stupid to learn and you have a Thomas Edison.
Blind him at the age of 44, and you have a John Milton, who 16 years later wrote the great novel, "Paradise Lost."
Call him dull, hopeless, and flunk him out of school in the sixth grade, and you have the famous statesman Winston Churchill.
Tell a boy who loves to draw that he has no talent, and you have a Walt Disney.
Take a man who did nothing wrong to anyone, and spit on Him, mock Him, humiliate Him, be His trusted friend and then completely turn your back on Him, accept His loving kindness and service for years and then crucify Him, and after all this, have Him still forgive you, and you will have a Jesus of Nazareth, the Christ.

"You can measure a man by the opposition it takes to discourage him."  ~ Robert C. Savage

"Success is not measured by what you accomplish, but by the opposition you have encountered, and the courage with which you have maintained the struggle against overwhelming odd."  ~ Orison Swett Marden 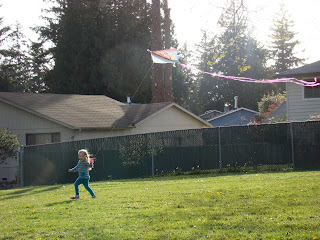 "Don't be afraid of opposition. Remember, a kite rises against; not with; the wind."  ~ Hamilton Mabie