Well, you can't be real creative on your Date Nights if your wife is sick. But still Jeff rented a movie for us and it was nice to just be together. The movie that he chose was ... "Invictus" (Warner/Blu-ray, 2009, PG-13). Morgan Freeman is a commanding presence as Nelson Mandela in this true story of how the South African leader used the power of the nation's passion for rugby to bring blacks and whites together after apartheid was abolished. And Matt Damon matches him as the captain of the team, who is quite surprised when Mandela asks him to win the World Cup!

It was an inspiring movie about unity, forgiveness and faith. It isn't that often that you finish a movie or leave a movie and feel inspired, it was nice. The poem that the movie was named after is here below. It was another reminder to me that we are in control of what we do, say and think. Many times I think we might forget that. What a powerful movie!

Out of the night that covers me,

Black as the Pit from pole to pole,

I thank whatever gods may be

For my unconquerable soul.

In the fell clutch of circumstance

I have not winced nor cried aloud.

Under the bludgeonings of chance

My head is bloody, but unbowed.

Beyond this place of wrath and tears

Looms but the horror of the shade,

And yet the menace of the years

Finds, and shall find me, unafraid.

It matters not how strait the gate,

How charged with punishments the scroll,

I am the master of my fate; 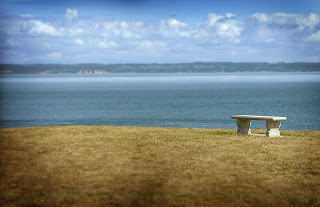 "WATCH YOUR THOUGHTS, FOR THEY BECOME WORDS.

WATCH YOUR WORDS, FOR THEY BECOME ACTIONS.

WATCH YOUR ACTIONS, FOR THEY BECOME HABITS.

WATCH YOUR HABITS, FOR THEY BECOME CHARACTER.

WATCH YOUR CHARACTER, FOR IT BECOMES YOUR DESTINY." ~ Unknown