Father's Day is coming soon and I was reading an article the other day about not losing our faith. It was inspiring to say the least, and so I will share part of it with you tonight...

"Two weeks ago I received a touching letter from a father of seven who wrote about his family and, in particular, his son Jason, who had become ill when 11 years of age. Over the next few years, Jason's illness recurred several times. This father told of Jason's positive attitude and sunny disposition, despite his  health challenges. He received his Eagle Scout Award when he was 14 years old.

"Last summer, not long after Jason's 15th birthday, he was once again admitted to the hospital. On one of his visits to see Jason, his father found him with his eyes closed. Not knowing whether Jason was asleep or awake, he began talking softly to him. 'Jason,' he said, 'I know you have been through a lot in your short life and that your current condition is difficult. Even though you have a giant battle ahead, I don't ever want you to lose your faith in Jesus Christ.' He said he was startled as Jason immediately opened his eyes and said 'Never!' in a clear, resolute voice. Jason then closed his eyes and said no more.

"His father wrote, 'In this simple declaration, Jason expressed one of the most powerful, pure testimonies of Jesus Christ that I have ever heard...As his declaration of "Never!" became imprinted on my soul that day, my heart filled with joy that my Heavenly Father had blessed me to be the father of such a tremendous and noble boy."  ~ Thomas S. Monson

As a mother, that is my greatest joy, just like the scriptures say in 3 John 1:4 "I HAVE NO GREATER JOY THAN TO HEAR THAT MY CHILDREN WALK IN TRUTH".

I hope every day that my kids and grand-kids will have that type of faith. That no matter what happens to them that they will have faith in Jesus Christ to sustain them and help them through. That I believe, would be the greatest thing I could help them with as a mom and a grandmother (Nana). Good night dear friends! 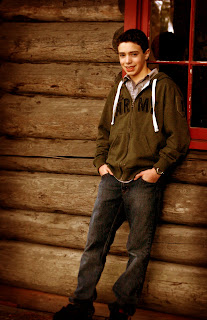