Gratitude and the Dishwasher

The other morning I had an experience that reminded me to once again be grateful for that still small voice inside of all of us; the one that  helps or warns us. The dishwasher was full  the night before, but I never like to turn and leave it on, when I am not home or during the night. Since it was a late night for me, I decided to ask Lee and Jeff to just eat cereal the next morning instead of me getting up. I actually like getting up and fixing them breakfast each morning, but I was worn out and it was late so... I left Jeff a note to turn it on when they left for school and work.

I was sound asleep at 5:00 a.m. I didn't even hear Jeff's alarm go off... but all of a sudden I woke up with an impression to to tell Jeff to turn the dishwasher on before he took a shower and not when they left. I ignored the feeling and kept thinking... if I sit up and start talking then I know for sure that I will wake up, so I tried to go back to sleep. The impression came again but this time it was a little stronger, finally I realized that I needed not to ignore this feeling, and I sat up and asked Jeff to turn the dishwasher on. He just looked at me, I know he was surprised because he thought I was sound asleep ( which I was! ). When I asked him to do that he said " Ok, I will do it as soon as I get out of the shower", I said  "No, could you please do it right now before your shower?" He finally said "Yes" and I laid back down to sleep.

When I woke up at 8:00 a.m. I noticed a different smell in the house, I didn't really think too much about it, until I saw the dishwasher door open and a note left in it. The note was from Jeff and it said... LYNN, DON'T TURN THE DISHWASHER BACK ON BECAUSE IT WAS SMOKING WHEN LEE AND I WERE EATTING BREAKFAST, I WILL CHECK IT OUT WHEN I GET HOME. I felt overwhelmed with gratitude that I had followed that prompting, I knew it wasn't just a weird dream or something. I knew that my Heavenly Father was watching over me and my family at that very moment and I was thankful.

Later that night when Jeff found out what the problem was and checked on the Internet about it, he realized that there had been a lot of recalls about the very same problem. The electrical fire in the door was dangerous so after calling the company, they sent someone right out to check it out. Of course we still haven't got our dishwasher fixed yet but ...I don't care, that seems like a little consequence compared to what could have happened.

I know that seems like a little thing but for some reason, I believe it is all those little things that have some of the greatest effects on our lives. So some might say it is just a coincident, but I know better.

I know miracles happen every day, but many times we are just too busy to recognize them. This was a reminder to me to once again...slow down and listen to that still small voice inside of us. When I do, it has never lead me wrong. 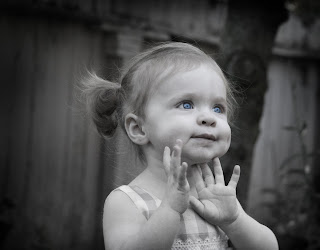 "Miracles are a retelling in small letters of the very same story which is written across the whole world in letters too large for some of us to see."  ~ C. S. Lewis