It has always been the case ...that no matter how bad you feel, how bad your circumstances are, you will feel better if you help someone else. I think it is once again a perspective thing, plus the ability to look outside of yourself... if only for a moment. I  am still feeling pretty bad and my energy level is about 0, so I won't write any more tonight.  I hope you enjoy this sweet story.

When my son was a young teenager, he and his friend set out in a bus across town to purchase skateboard axles. They each had $20. When they arrived downtown, they discovered they needed more money to cover bus fare and sales tax. They were short $3.75.
A branch of our bank was nearby, so they decided to go in and take out a loan. The teller told them that was not possible, but that they could get a cash advance on their parents' credit card. So they called home, but got no answer. They tried the teller again to see if anything more could be done. She referred them to the desk of the vice president. When he asked why the bank should give them a loan, they answered, "Because we're Boy Scouts and good students, and very trustworthy." He said that since they had no collateral, they would have to write out and sign an IOU. They did, and he in turn gave them the money they needed to complete their mission.
We found out later that this wonderful man lent the boys his own money. (My husband called him the next day asking for the same terms on a home loan!) In talking with the man, we learned that he had made many such loans, including a large one to a Navy wife whose allotment was delayed. He said he's been repaid almost 100 percent of the time, and that the opportunity to help others in this way was one of the most rewarding parts of his job.
My son and his friend hopped on the bus the very next morning.  They paid off their loan and received their IOU signed by the vice president. It was banking at its best.   ~Unknown 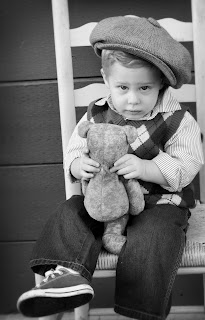 "No man stands so straight as when he stoops to help a boy."  ~Knights of Pythagoras

"Nobody can do everything, but everyone can do something."  ~Author Unknown

"When I was young, I  used to admire intelligent people; as I grow older, I admire kind people." ~ Abraham Joshua Heschel