Well, today was not the best day for me, so I am going to go ahead and write my post about tomorrow. Some days (which I call my Bigger Than Me Days) come along and it seems like no matter what I do, it is still a tough day, this just happened to be one of them ...for several reasons.

I found this poem written about  September 11th, it will forever be in our memories and hearts. I think everyone can remember where they were that day when they first heard the news, I certainly do. I will never forget the  feeling of terror and sadness for all the people who were involved and witnessed it first hand. One good thing I remember is, how quickly the nation pulled together, how easy it was for everyone to believe in God and ask Him for help. For weeks every day there was some heroic or compassionate story on the TV of how people were helping each other. It was hopeful and inspiring. We certainly don't get that on a normal basis through the TV or radio, what a difference it made. It made us believe in each other, made us appreciate what we have, it made many people change their lives around for the good. So I hope tomorrow we can all remember to appreciate life, be grateful to be Americans and be there for each other...without a tragedy. And I also hope that we will never forget all those people who lives were forever changed because of September 11th. 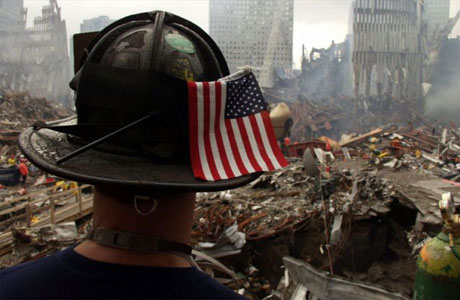 We are ...
One color
One class
One generation
One gender
One faith
One language
One body
One family
One soul
One people

We are The Power of One.
We are United.
We are America.

When the world says, "Give up,"
Hope whispers, "Try it one more time."
~Author Unknown

"Most of the important things in the world have been accomplished by people who have kept on trying when there seemed to be no hope at all."  ~Dale Carnegie