I found this little gem of a photo today, it was me in the first dress that I sewed. I was so stinkin proud of that dress. My friend's Mom helped me make it and it was like a whole other world of Creating and possibilities were opened to me! When I looked at this photo there was a bittersweet feeling that came over me. I was trying to think of the age I was there ( probably somewhere between 10-12 years old ). 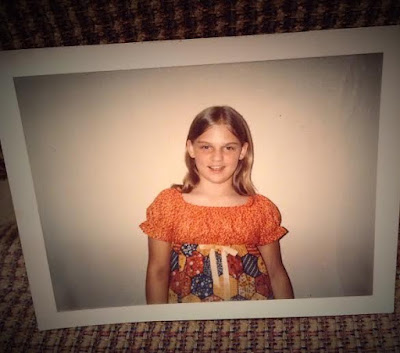 You are probably wondering why it was bittersweet? Well it was sweet... because I was creating and that seemed to help me escape to a happier place. Bitter... because that was the height of my abuse that was going on by my Grandfather, and so you may look and see my smile... but I had a lot of pain behind that smile ( which is very common with victims of abuse ).
It makes me have a ton of emotions when I look at it. I wish I could jump in the photo and just hold that little Lynn, let her know that she was beautiful inside and out...even though she didn't feel that way! I wish I could have told her that she would live through this, that she would meet and marry the most incredible man, the love of her life ( who would protect and love her forever ). I would tell her... that her dream of becoming a Mother, would come true, and that she would have 4 beautiful amazing children who would make her happier than even she could even imagine! I would tell her that her Crafts and Hobbies, (which seemed the only thing that took her to another place... a happy place) she would be able to continue to do, and be able to bless others from her creations. I would tell her that some day she would be brave enough to break a whole generation of Abuse ( and protect generations to come, by doing so ), she would become a Survivor! That she would be able to some day share her story and that by doing so...she could help others become Survivors too!
Then I would tell her that she would have the chance to be a Grandmother ( Nana ) and that she could share her love for creating with them too. I would tell her when she gets to be in her 50's she will be able to have the best job ever ( other than being a Nana ), she will teach others to create and share their creations!
Yes, I would hold her and tell her how much I love her and how proud I am of her... and to just hold on, because her life was just going to start getting better and better in just a few more years! 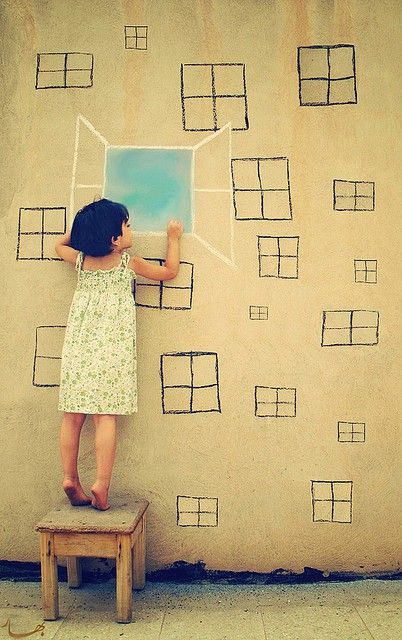 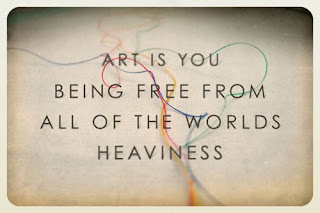