Well, it's another late night. Hard to want to go to bed when I can't sleep. These steroids just don't let me do that very well. I actually stopped the nebulizer for today, it's not working ...it has been a week now,  so I think we need to go to plan B. Will find out what that is on Thursday, when I head back to the Doctor. Was on the phone most of the day trying to get in to see a pulmonary specialist...seems like that is not as easy as one would think. You need to have different tests done and then they go over the results before deciding to take you on as a patient or not.
I am going on my 8th week of quarantine and it is getting harder ...not easier.
I miss my life, my friends, my drive, my energy, my creating skills and most of all my family. When Jeff got home today and after we finished dinner I said " in 5 hours you will have to go to bed and then I won't see you till tomorrow night at this time." The look on his face told me, that I am becoming a  pretty sad case. I need to feel better soon, these days are just all starting to all blend together. If I just felt better, then think of all the things I could get done...just here in my house. Like take down Christmas/ Winter Décor? Nice to at least watch the Olympics and see all the snow there.
Once again I share Jason Wright's article with you. Love the twist he put on about winning and losing at the Olympics!
Good night dear friends!

Wright Words: Olympics remind us of the beauty in losing! 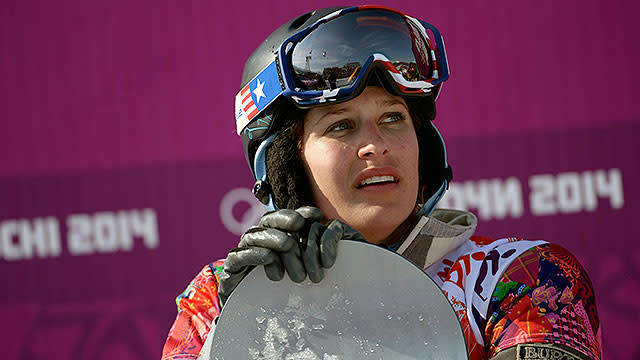 Cue the inspiring music.
Load the red, white and blue graphics.
It’s time for the sports world to write the last of the 98 goose-bump gold medal stories from the Winter Olympic Games in Sochi, Russia.
That’s right, there are less than 100 gold medals to spread across 2,800 athletes. So if you’re one of the Olympians from 88 countries battling over the remaining 196 silver and bronze medals, odds are the only thing you’re taking home is a selfie with the Jamaican bobsledders and a set of Russian nesting dolls.
Isn’t it beautiful?
Sure, we love the inspiring stories of men and women dreaming since the womb of overcoming the odds in their final race, skate or run to win the gold. Those will be the stories that dominate the news, and they are the stars soon to make the television rounds on everything from "Ellen" to "Good Morning America" and the late-night Jimmy shows in-between.
But it’s not the champions who make the Olympics so inspiring; it’s all those also-rans. In a world that increasingly rewards mediocrity and resists naming winners and losers, the Olympics doesn’t just reveal the victors and vanquished, it showcases them on prime time.
Did you wince when snowboard cross star Lindsey Jacobellis of the U.S. crashed and burned during her semifinal run? Of course you did. Jacobellis wasn’t just the favorite, she’s the pre-eminent star of the last decade. She’s won everything imaginable — except a gold medal.
She fell seconds from a win in Turin in 2006, got tangled and scooted off course in Vancouver in 2010, and suffered a colossal unforced error last week in Sochi when she crashed completely on her own with no one in sight. Jacobellis had so much space on the slope, the closest competitor was relaxing the in the lodge.
But she’d worked so hard, sacrificed so much and endured so much pressure that surely she deserved the gold, right?
Wrong.
They don’t give medals for showing up and trying hard. And they don’t always award the gold to the most talented or more career-consistent, they drape them around the necks of the athletes who performed the best at the best possible moment of their sporting lives.
Imagine if at the end of every Olympic event, organizers lined up the competitors on podiums at exactly the same height to receive a medal made of tin foil and yarn. That’s not competition. In many American communities, that’s called Little League.
Too often we demand everyone win a certificate or trophy and we only keep score if we absolutely have to. This attitude doesn’t just dim the luster of winning, it dulls the beauty of losing.
Didn’t get the part in the school play? Find out why and try harder. You’ll be better for the rehearsal.
Didn’t make the basketball team? Get up earlier, take more shots, run more laps and try again. The worst possible outcome is you don’t make the team next time, either, but you’re a much more talented and dedicated person for the practice.
Didn’t win the big spelling bee? Buckle down for next year. You’re out of years? Oh well, think of how many words you know that your playground pals don’t.
No one relishes failure and none should feel joy in the pain of others. But when we see the best athletes give every ounce of themselves and come up short, we applaud anyway. Their losing efforts are just as inspiring and instructive as the tales of the winners.
What matters most isn’t standing on the podium and hearing your national anthem, it’s the work you do for days, months and years to get there. Or, in the case of most of the 2,800 athletes in Russia, to not get there.
So, you're not coming home from Sochi with a medal? Cue the inspiring music anyway and take a lifetime of selfies.
And don’t forget the nesting dolls.
Read more of Jason's articles HERE:
Posted by Lynn at 12:58 AM