"If it weren't for bad luck, you wouldn't have any" This is what my Grandmother used to say when something bad happened to me. I used to think, oh that's not true. But some how after the last couple of days... I am beginning to think she knew what she was talking about!
Last night I had a dream that someone was trying to fix me up with this guy. Now I didn't know who he was but I wasn't really attracted to him. But I had this really bad tooth ache and everyone told me that I should date him because some day he was going to be a dentist. I still didn't agree with them. I woke up shortly after that announcement. I was so relieved to be awake and figured I probably didn't really have a tooth ache but just a bad dream. So I went back to sleep. I went right back into the same dream. This time in the dream the guy asked me to marry him, I said absolutely not. I wasn't attracted to him and besides my tooth was hurting really bad again. Still, my friends said "he is a dentist now, you better marry him if you want to get that tooth fixed". So I finally consented, after we got married, he kissed me and I woke up. Never so glad to realize I was in a bad dream, the only bad news is the tooth ache was real and throbbing so bad that I couldn't go back to sleep. I have the craziest dreams....Jeff always tells me that I shouldn't tell anyone about them, because they may turn me in! I do have crazy and vivid dreams, they some times feel so real that I can't tell if I am awake or asleep. I was so hoping this time that I was just dreaming about the tooth pain, but it was real!
Right after the accident occurred, I came home and laid down. I was very light headed. I had pain in my neck and back and my jaws and face hurt ( as if I was getting a sinus infection or something, that type of pain in my face. When I went to the Dentist today, I told them about how my face hurt and had tingling feelings all over it after the accident. The Dentist said it was my upper tooth that had a very big filling it in last year and then a crown. He wasn't sure if the accident aggravated that tooth or not,  and now I might have to had a root canal! I couldn't believe it, I had been doing so well physically too, how does this happen? So I am going to take some medicine and pray hard that I can at least sleep tonight and maybe, just maybe this tooth ache will go away before tomorrow, I hope I don't have to get married again!:) 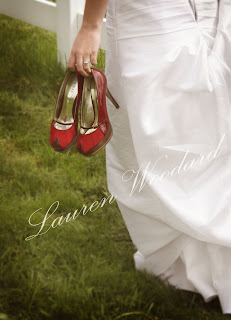 "Adversity introduces a man to himself." --Unknown

"The world is full of suffering, it is also full of overcoming it." --Helen Keller