Thirty four years ago, one of my friends was in college. She was a year or two ahead of me, but everyone knew and love this girl. She was the type of person that you were naturally drawn too, her life was an example to many. During her time there at college, she was noticed by many because of the life she lived. One boy that took notice of her example was especially interested in why she had the standards and morals that she did. They later started dating and he began to ask her about her beliefs.
When she came home on the weekends, she invited him to church with her. That is where I first met this young ( good looking ) man. However, he was dating my friend and I thought he was a lucky guy, because she was as beautiful on the inside as she was on the outside. Time passed and I caught myself hoping each Sunday that he might be coming back to church with her...and he did! There was something special about this guy and I found myself thinking of him more than the guy I was dating ( I know that's not good ).
To make a long story short, this guy decided to learn more and more about the church, and was baptized in March. Sometime later he and my friend broke up, and around the first part of June he asked me out, I couldn't hardly believe it... YES!!! The only bad part is that I had an old boyfriend who all of a sudden said he was driving to West Virginia to see me that weekend and I still had my boyfriend to deal with. I didn't get to go out with him that the first time he asked me, I had to get some things cleared up, but by the next Sunday when I saw him at church and he asked me out again... I was already starting to have feelings for him. He was not like any other guy that I had dated. I was surprised at how quickly he learned the principles of the Gospel and wanted to do anything and everything that his Heavenly Father expected of him. He truly lived what he believed and was so much happier because of it. 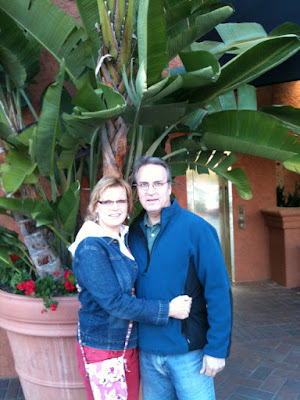 Now you have probably guessed that this good looking guy was Jeff, my husband of almost 30 years ( in June ). I have written more than one thank you note to my friend, for the example she set and for the life she lived, that lead Jeff to want to know more. Jeff from day one, has been the spiritual giant in our family, he loves and serves the Lord in any and every way he can. Our kids know that if they follow the example of their Dad, that they will be happy people.
So does the way we live our life really matter? You bet it does... and for that example of my friend, I will always be eternally grateful. Because she lived what she believed, I got to meet Jeff, and he in turn has become a great example to me, our children and now our Grandchildren. Yes, our lives really do make a difference!


"Example is not the main thing in influencing others. It is the only thing."  ~Albert Schweitzer