I recently read an article called The Father Factor: How Dads Influence Their Daughters, it was such a great article. I will share part of it with you. 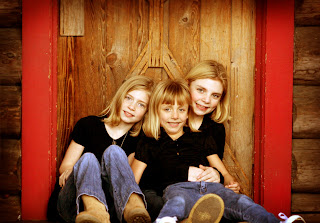 "Fathers bring something very different to the table-many things that Mothers can't" says Dr. Meg Meeker, author of the bestselling book Strong Fathers, Strong Daughters. " The biggest mistake dads make is not understanding their significance."
Without question, fathers are a powerful influence on both sons and daughters-an influence that reaches well beyond the roles of provider and protector. And as a new studies emerge, it's becoming clearer just how deeper the father-daughter relationship can affect a woman throughout her life in a variety of ways.


Self Confidence and Body Image...For example , involved fathers are particularly successful at building self-confidence in their daughters and teaching them to stand up for themselves. Research has proven that fathers who are involved in their daughter's lives can play a pivotal role in preventing eating disorders such as anorexia and bulimia. Daughters who feel a strong emotional connection to their fathers are less likely to be depresses or have eating disorders.


Education and Career... Education is another area where a father can greatly impact a woman's life. A study by the U. S. Dept. of Education found that highly involved fathers had children who were 43 percent more likely than other children to earn mostly A's and 33 percent less likely than other children to repeat a grade. Fathers have also been proven to help daughters become more competent, more achievement-oriented, and more successful.

Matters of the Heart... Little girls and adult daughters are often easiest for fathers to interact with. But a father's involvement during a daughter's teenage years, as she begins to date and cultivate romantic interests, is critical.
It's uncomfortable for most dads when their daughters start to become women." acknowledges Dr. Jonathan Swinton, a marriage and family therapist. "Dad's become more hands off, with the exception of the protector role, and it changes the nature of the relationship with their daughters- they're not as close emotionally."
But distancing themselves emotionally is huge mistake, warns Meeker. " That's the time when daughters need their dads more than ever. Fathers need to talk to their girls about uncomfortable subjects like sex and dating because they can have a huge influence on their daughter's behavior."Girls who get that affirmation at home feel less of a need to seek it elsewhere."


Time and Attention... When it comes down to it, what daughters want and need from their fathers is often fairly simple. Two of the biggest things, according to Meeker, are a listening ear and quality time. As far as spending time together, Meeker emphasizes the need for every-day activities over special outings. "Many fathers think they need to entertain their daughters to make them feel important. This is particularly true of divorced fathers," she says. "But your daughter just needs to be with you- washing the car, shopping in the grocery store. living life. So just live it with her. ( Article from May/June LDS Living Magazine ) 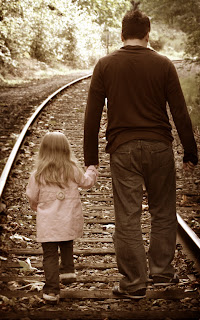 What a great article and I believe those things are so true. Things that I would have loved to heard from, or done with my Dad. We just didn't have much of a relationship and for years I struggled with that. Actually, just typing this made me a bit sad. I wonder how different my life would have turned out...had I had this type of relationship with my Dad?
But for the next generations our girls...they did get that! Jeff is that type of a  Dad, and has done a remarkable job with both our daughters, and our sons. They are very blessed and lucky to have such an amazing Father, and I think that is why they are have grown up and done so well...largely because of their DAD!

Good night dear friends!
"If a  daughter can trust her dad to listen without criticizing or judging her, she will come to him again and again to talk"

"To a father growing old, nothing is dearer than a daughter." ~ Euripides
Posted by Lynn at 7:09 PM