I read this article on Timing by Dallin H.Oaks and was so impressed with it, I thought I would share it with you. Hope you had a wonderful Sunday!   So here it is, enjoy!

I begin with a story I heard many years ago at the inauguration of a university president. It illustrates the importance of timing in university administration. One university president had come to the end of his period of service, and another was just beginning. As a gesture of goodwill, the wise outgoing president handed his young successor three sealed envelopes. "Hold these until you have the first crisis in your administration," he explained. "Then open the first one, and you will find some valuable advice."

It was a year before the new president had a crisis. When he opened the first envelope, he found a single sheet of paper on which were written the words "Blame the prior administration." He followed that advice and survived the crisis.

Two years later he faced another serious challenge to his leadership. He opened the second envelope and read: "Reorganize your administration." He did so, and the reorganization disarmed his critics and gave new impetus to his leadership.

Much later the now-seasoned president encountered his third major crisis. Eagerly he opened the last envelope, anticipating the advice that would provide the solution for his troubles. Again he found a single sheet of paper, but this time it read, "Prepare three envelopes." It was time for new leadership.

The familiar observation that "timing is everything" surely overstates the point, but timing is vital.

I. The Lord's Timing

My first point on the subject of timing is that the Lord has His own timetable.

Faith means trust--trust in God's will, trust in His way of doing things, and trust in His timetable. We should not try to impose our timetable on His.

II. The Agency of Others

The achievement of some important goals in our lives is subject to more than the timing of the Lord. Some personal achievements are also subject to the agency of others.

III. Applications to Our Lives

Someone has said that life is what happens to us while we are making other plans. Because of things over which we have no control, we cannot plan and bring to pass everything we desire in our lives. Many important things will occur in our lives that we have not planned, and not all of them will be welcome

So what should be done in the meantime? Faith in the Lord Jesus Christ prepares us for whatever life brings. This kind of faith prepares us to deal with life's opportunities.

I return to the subject with which I began. Do not rely on planning every event of your life--even every important event. Stand ready to accept the Lord's planning and the agency of others in matters that inevitably affect you. Plan, of course, but fix your planning on personal commitments that will carry you through no matter what happens. 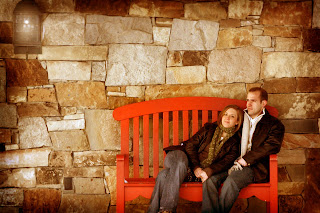