I read this article that was interviewing Michael J. Fox about his life and dealing with Parkinson's Disease. It interested me, because my mom had Parkinson's too. I found his attitude to be refreshing and a wonderful reminder to me... to make each day count and to be optimistic.

How do you think you helped yourself accept the diagnosis?

I think it is humility and saying "I can't negotiate this. I can't use who I am in the world to get out from under this." Humility is always a good thing. It's always a good thing to be humbled by circumstances so you can then come from a sincere place to try to deal with them.

Once I started to calm everything down, it was just living with the diagnosis and then allowing myself to accept and educate myself about it. I [spoke] to doctors and scientists, and then also concentrated on my family and realized that I didn't have to fear the effect on them. I kind of projected all my worries onto them and thought they must have the same doubts or the same concerns that I had--without giving them a chance to tell me how they really felt. And when I did, they were great. I mean, [my wife] Tracy was unbelievable. But my first assumption was who'd want to deal with this if they didn't have to?

How do you stay so optimistic?

Well, because the world is just so full of possibilities. I was in Mexico a couple of years ago, and we were hiking on a trail on the Yucatan Peninsula. We had a guide, and he showed us this tree on one side of the path that had this red sap. And he said, "If you see this sap, this tree, don't touch it because it'll burn you. It's really caustic and it's acidic and it'll burn your flesh." And then we walked a little bit further down the trail, and there was a tree on the other side that was a black tree and had a black tar. And he said, "This tar heals burns."

And I just thought, well, that's the world—for everything that'll burn you, there's something that'll heal your burns. So I just stay on that side of the path.

I see possibilities in everything. For everything that's taken away, something of greater value has been given. As big as my problems are, as big as Parkinson's is, for example, it can't take up that much space in a world that has so much capacity for good stuff. It just doesn't. I just don't let it take up that much room.

Do you think one can always be both optimistic and realistic?

Aren't they sometimes at odds?

No, I don't think so. I mean, I think it's okay, obviously, to acknowledge obstacles and setbacks and problems and issues. But as long as you're dealing with the truth, you're in good shape. I find as long as I acknowledge the truth of something, then that's it. I know what it is and then I can operate. But if I overestimate the downside of something or the challenge of something and I get too obsessed about the difficulty of it, then I don't leave enough room to be open to the upside, the possibility.

So I think you definitely have to acknowledge the fact of something. If something isn't a movable object, then you have to start thinking about getting around it. But you can't do that until you acknowledge it and take its full measure and understand its true weight.

Where do you most often find happiness?

In my family, in being with my wife and my kids. If at any moment of stress or tension or whatever I could close my eyes and be anywhere, it'd be with them. That's just never ending. I just get so much joy from my family. 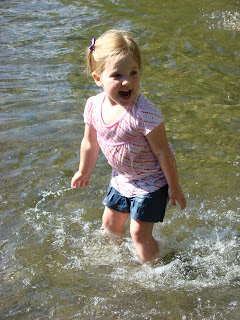 "Attitude is a little thing that makes a big difference.” ~Winston Churchill

"One of the things I learned the hard way was that it doesn't pay to get discouraged. Keeping busy and making optimism a way of life can restore your faith in yourself." ~ Unknown

I hope you enjoyed the article! Good night dear friends!