What I should have said!

I was talking to a co worker the other day and I said ( after seeing yet another beautiful quilt that she had just designed and made ) that I really envied her. Now, on more than one occasion, I have said something in the wrong context. After looking up the word and reading the synonyms, I realized that is not what I meant at all. I am not jealous, and I do not want to take away something that she has. I don't begrudge her, because I know she has worked a long time to get where she is. And I am not unhappy or resentful because of her talents.
I thought more about this conversation I had with my friend after reading an article about the parable in the scripture Matthew chapter 20. The article pointed out some neat observations and so I am going to share them with you. Now many of you know the story, it is where the householder "went out early in the morning to hire labourers." After employing the first group at 6:00 in the morning, he returned at 9:00 a. m., at 12:00 noon, and at 3:00 in the afternoon, hiring more workers as the urgency of the harvest increased. The scripture says he came back a final time, "about the eleventh hour" (approximately 5:00 p.m.), and hired a concluding number. Then just an hour later, all the workers gathered to received their day's wage. Surprisingly, all received the same wage in spite of the different hours of labor. Immediately, those hired first were angry, saying, "These last have wrought but one hour, and thou hast made them equal unto us, which have borne the burden and heat of the day." When reading this parable, perhaps you, as well as those workers have felt there was an injustice being done here.
Then the author goes on to, go over some of the things we might not have seen when we first read the parable, such as...
1st... It is important to understand that no one has been treated unfairly here. The first workers agreed to the full wage of the day, and they received it. As for the last workers to be hired, probably were the most discouraged, for not being able to be picked to work except for an hour. Still they accepted it without even knowing the wage, probably knowing that anything is better than nothing. How blessed they must have felt when they got a full day's wages. What compassion the householder had on them.
Then he goes on to talk about ..that there will be times when someone else will get an unexpected blessing  and it is important for us not to be upset or hurt and certainly not to feel envious---"So lesson number one from the Lord's vineyard: coveting, pouting, or tearing others down does not elevate your standing, nor does demeaning someone else improve your self-image. So be kind, and be grateful that God is kind. It is a happy way to live."
Last he reminds us that" this parable ---like all parables--- is not really about laborers or wages any more than the others are about sheep and goats. This is a story about God's goodness, His patience and forgiveness, and the Atonement of the Lord Jesus Christ.  The Savior's concern is for the faith at which you finally arrive, not the hour of the day in which you got there."
To read the whole article you can go HERE: 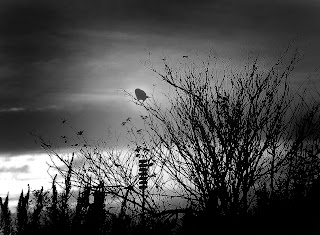 So, what I should have said to my talented friend was ..."I really admire your talent and could only hope to learn how to do that some day, you do an amazing job! " Why is it, I always think too late... of what I SHOULD HAVE SAID? Oh well, it was a great lesson learned! Good night dear friends!


“Use those talents you have. You will make it. You will give joy to the world. Take this tip from nature: The woods would be a very silent place if no birds sang except those who sang best.” ~Bernard Meltzer