The difference a teacher can make!

I love this story! I have to admit, if this were my story, I would have drawn a picture of all of your hands, because you have made that big of difference in my life! Thank you!

At first it sounded like a Thanksgiving story, but the more I reflected on it, the more appropriate it seemed for any time of the year. The way I heard it, the story went like this:

Thanksgiving Day was near. The first grade teacher gave her class a fun assignment -- to draw a picture of something for which they were thankful.

Most of the class might be considered economically disadvantaged, but still many would celebrate the holiday with turkey and other traditional goodies of the season. These, the teacher thought, would be the subjects of most of her student's art. And they were.

Yes, his picture was different. When asked to draw a picture of something for which he was thankful, he drew a hand. Nothing else. Just an empty hand.

His abstract image captured the imagination of his peers. Whose hand could it be? One child guessed it was the hand of a farmer, because farmers raise turkeys. Another suggested a police officer, because the police protect and care for people. Still others guessed it was the hand of God, for God feeds us. And so the discussion went -- until the teacher almost forgot the young artist himself.

When the children had gone on to other assignments, she paused at Douglas' desk, bent down, and asked him whose hand it was. The little boy looked away and murmured, "It's yours, teacher."

She recalled the times she had taken his hand and walked with him here or there, as she had the other students. How often had she said, "Take my hand, Douglas, we'll go outside." Or, "Let me show you how to hold your pencil." Or, "Let's do this together." Douglas was most thankful for his teacher's hand.

Brushing aside a tear, she went on with her work.

The story speaks of more than thankfulness. It says something about teachers teaching and parents parenting and friends showing friendship, and how much it means to the Douglasses of the world. They might not always say thanks. But they'll remember the hand that reaches out.   © 2004 Steve Goodier 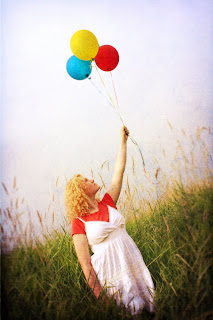 "Not what we say about our blessings, but how we use them,
is the true measure of our thanksgiving."
W.T. Purkiser

"Thanksgiving, after all, is a word of action."
W. J. Cameron