Things aren't always as they appear!

A young woman was in the hospital, recovering from major surgery. She hated being stuck in the tiny little room all day and to make matters worse, the daily routine was starting to get to her. Every morning, for example, the nurse would bring her breakfast (which always consisted of an egg, piece of toast, and glass of apple juice). She would then return a little bit later to empty the urine bottle. And so it continued. . . Finally, one morning, she decided to have a little fun. She ate the eggs and the toast, but went to the bathroom where she cleaned the urine bottle out, then poured the apple juice into it. When the nurse returned later that morning, he took a look at the bottle and a frown came over his face. 'Obviously, you enjoyed your breakfast, but something must be wrong because this looks a little cloudy, ' he said, pointing to the urine bottle. 'Oh, really?' she replied, picking up the bottle in question and putting it to her lips. 'In that case, we'd better run it through again. . . '

A long time ago I remember hearing this joke. It reminded me of when I used to go to my monthly/weekly OB appointments, when I was pregnant with Lee. Lauren was almost two and quite a handful. She wasn't the type of kid that you could just drop off at a friend's house very often. She was a bit harder to handle and most of the time she just stayed with me. Each week we went through the same struggles. I would come in and have to go straight to the bathroom for a urine sample. I would of course have to bring Lauren in the bathroom with me and while I got the sample I would always distract her by looking at something near the door or on the floor. As I got ready to open the door, Lauren would see me carrying the sample and think it was apple juice and begin crying because I wouldn't give her any. The crying turned into a major fit and screaming followed. Each time the nurses would knock on the door and ask if everything was ok and if I needed help. I would respond the same...."no thanks, we are fine!" Although to them I am sure it sounded a lot like someone being murdered. :)

"And this too, shall pass away." -unknown

After a few visits I started trying to remember to bring Lauren a small container of Apple Juice and then we were all happy. Isn't that funny, no matter what I did or what I said to her, she did not believe that it wasn't Apple Juice. It is a cute memory now, but more important it is a good reminder that things aren't always as they appear! Just a great lesson for us all, especially our teenagers! Good night dear friends!

"There will be things in life that aren't what they appear, many of them are dangerous" ~unknown 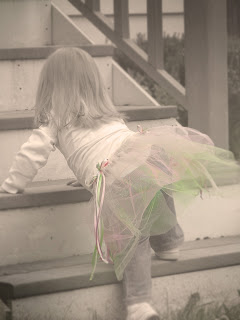 "You can learn many things from children. How much patience you have, for instance." ~ Franklin P. Jones

That totally reminds me of when one of Shirley's kids drank "milk" from the fridge!!! Love ya, and keep hanging in there! Think of how far Lauren has come. From crying about wanting apple juice, to learning in college.