Many kids who are abused, do whatever it takes to survive. For some of them it is to excel in school...something they can control. Others it is to over achieve in sports... something to get out their aggression and so the list goes on and on. Mine however was ART, my art took me to a different place, a safe place, a place that only I created, I was doing art since I was a little girl. My abuse started young, I don't remember (thank goodness) anything much younger than 4 or 5.

One thing I do remember was how much schooling I missed, oh I was there.. but not really there, if you know what I mean?  I would just sit at my desk and doodle, my thoughts were far from the math or geography lessons that were being taught. Because the abuse went on for years, I really didn't do well in school.  Actually it was so bad that I cheated to just try and get by. I was warned that if I told anyone...then that would get seriously hurt. I did try to tell at the age of 5,  but was scolded and not believed, that silenced me for many years. I did not want to fail my classes because that would bring attention to me and my situation and that scared me. I wasn't to tell anyone no matter what  and so....I cheated.

I remember well in Elementary we had Spanish taught to us. I was terrified, just trying to keep up with the regular curriculum was tough enough, without adding a foreign language too!  During one test, I got so nervous about trying to label the parts of a face in Spanish that I begged my girlfriend to help me, reluctantly she did. That was bad enough, but then I realized I didn't even know how to spell some of the words she told me. Not a smart thing to do, neither was cheating but I think I just took it a whole new level? Long story short...I got caught and I had to tell the teacher, I also told her it was all my fault so my girlfriend wouldn't get in as much trouble. I don't think I ever regained her friendship. That alone made me feel bad. How I wish I could have told her why I was having so much trouble in school, with all my classes not just Spanish. I wish that she could have understood but....that would have put her in jeopardy. ( or so I thought! )

And so that is basically how most of my schooling went, oh I learned some along the way, but as a teenager the abuse was still happening and so I  had a lot bigger problems to worry about. I look back on those years as something I hope never to repeat, and yet tonight I had to remind myself, and all those other survivors of abuse ...that Cheaters never win and I am not talking about me.  I am talking about those abusers (cheaters) who pretend to be dear family members, teachers, and or friends. They will not get by without having to be responsible for their actions.... they will some day have to accept and pay for the consequences of their actions.

Not to end on a negative note but a happy one. I believe the greatest thing we can do to combat abuse is... to do all that we can to get healthy ourselves. To love ourselves. To not cheat ourselves out of a life! To tell, to report and most important to protect those around us that might fall into the cheaters sick web. Yes abuse is bad, it is wrong... but I do think that we all have in us... what it takes to conquer whatever life gives us. We will be the better and the stronger for it, if we learn from it and go on and LIVE!

I pray that ANY OF YOU that are in an abusive situation whether sexually, physically or emotionally, that you will honor the feeling in the pit of your stomach that is telling you this is wrong and do all that you can to get out of it!  I pray you will tell someone, that you will seek help. No one deserves to be abused!  Be strong, be able to find someone to talk to and most important to BELIEVE you. You are worth it!

May you find the strength and courage that you need! Don't give up! Life truly is worth living! I know ...because I am finally living it! 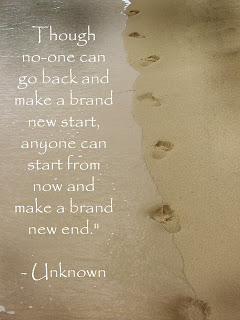 Thanks for all you shared. Have you ever been asked to speak down here in Utah? If you ever do, please let me know, I'd love to come!!!

I can't help but wonder if the abuse you endured shaped you into the wonderful compassionate person that you are and the countless readers who are helped by your encouragement. This time, the good overpowered the bad. Keep doing what your are doing.
A Friend Forever