The Great Divorce by C.S. Lewis 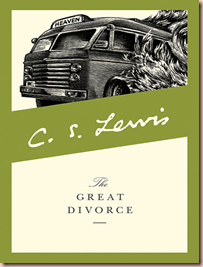 My mom gave me a call this evening and apparently there was a miscommunication on my dad’s part, so it turns out she is leaving for her trip tomorrow not Wednesday like she originally thought. So she is scrambling to get things done before she leaves. As you can tell you’ll be hearing from me tonight!

I am now on spring break right now, which means I just finished finals which was a week of insanity. But I am finally done and I can finally relax. For one of my courses I had to do a novel analysis, in which I chose C.S. Lewis’ The Great Divorce.

C.S. Lewis is one of the intellectual giants of the twentieth century and one could even say that he is one of the most influential Christian writers of his day. he wrote The Great Divorce in the 1940’s roughly 10 years after he became a Christian. This book (in the form of a dream) was written in rebellion to William Blake’s epic poem, The Marriage of Heaven and Hell. which held the popular belief that all roads lead to God, no matter the choices you make in this life it will all lead to God. Lewis disagreed with this theory, and highlighted in his book the importance of decisions and choices. The plot it that people in Hell can take a bus to visit Heaven, and if they so choose they can remain there. The Spirit’s in Heaven try with vigor to bring the “ghosts” from Hell into Heaven, but to no avail, those '”ghosts” returned to Hell. Lewis, watches these interactions in awe that those people would turn away from the light, a mentor arrives to explain, “The choice of lost souls can be expressed in the words ‘Better to reign in Hell than serve in Heaven ‘. There is always something they insist on keeping even at the price of misery.” (Lewis71 & Milton)

In the end there comes a conclusion; “There are only two kinds of people in the end: those who say to God, ‘Thy will be done’ and those, whom God says, in the end, ‘Thy will be done.’ All that are in Hell chose it.” (Lewis 75) It was an incredible read, inspiring and thought provoking. He shows us that life is full of choices and that they all do matter in the grand design of our Heavenly Father. He was would love to see all of his children return to the light and come to Heaven, yet he shows that He truly love us because He allows us to exercise our own free will, and make our own decisions. 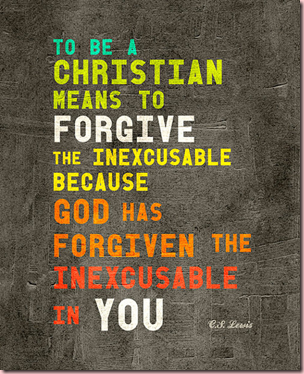