I read this quotes on Motherhood today and I loved them!

Motherhood is the toughest job in the world but like this quote reminds us....it is definitely worth it. 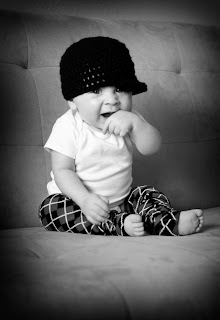 "A group of ancient Roman women were, with vanity, showing their jewels one to another. Among them was Cornelia, the mother of two boys. One of the women said to her, " And where are your jewels?" to which Cornelia responded, pointing to her sons, "These are my jewels?" Under her tutelage, and walking after the virtues of her life, the grew to become...two of the most persuasive and effective reformers in Roman history. For as long as they are remembered and spoken of ...their mother will be remembered and spoken of with praise also." ~ Gordon B. Hinckley

"When God wants a great work done in the world or a great wrong righted, he goes about it in a very unusual way. He doesn't stir up his earthquakes or send forth his thunderbolts. Instead, he has a helpless baby born, perhaps in a simple home and of some obscure mother. And then  God puts the idea in the mother's heart, and she puts in into the baby's mind. And then God waits." ~ E. T. Sullivan