I read a story the other day about Anger, it made such an impression on me I thought  I would share it with you. There was a story in the article that the writer included, to help us fully understand his point. The story was about a young couple who met at a University and after a year of dating they got married. By the time they graduated and returned to their home state, they were expecting their first child and the husband had employment in his chosen field. The wife gave birth to a baby boy. Life was good.

When their son was about 18 months old, they decided to take a short vacation to visit family members who lived a few hundred miles away. The was at a time when car seats for the children and seat belts for adults were scarcely heard of, let alone used. The three members of the family all rode in the front seat with the toddler in the middle.

Sometime during the trip, the husband and wife had a disagreement. Their argument escalated and became so heated that they were eventually yelling at one another. Understandably, this caused their young son to begin crying, which the husband said only added to his anger. Losing total control of his temper, he picked up a toy the child had dropped on the seat and flung it in the direction of his wife.

He missed hitting his wife. Instead, the toy struck their son, with the result that he was brain damaged and would be handicapped for the rest of his life. The writer goes on to say that this was one of the most tragic situations he had ever encountered. He never saw this couple again but knew that they were struggling, the pain, hurt and regret was tearing their marriage apart. 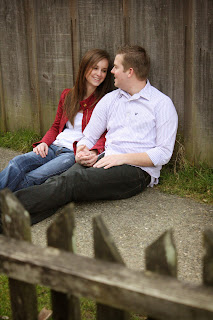 He went on to repeat the quote..."ANGER DOESN'T SOLVE ANYTHING. IT BUILDS NOTHING, BUT IT CAN DESTROY EVERYTHING."

I guess this article hit me hard after I have been watching the news about the murders of the 4 police officers. I thought how tragic things like this are and all because of hatred, anger, and selfishness. I know we all get angry at times when things don't turn around our way or life happens differently than we plan, but I think the whole message of this article was about learning to control our anger. To work on our relationships, try to better them, be more patient in them. I believe that we as the parents, set the example for our kids...it is vital that we try to keep the commandments and try not to harbor animosity toward others. We need to be peacemakers in our homes and in our lives. Then he ended with the scripture " BY THIS SHALL ALL MEN KNOW THAT YE ARE MY DISCIPLES, IF YE HAVE LOVE ONE TO ANOTHER." (John 13:35)

So since it is December 1st, I thought it would be great, to each day try and add a lesson that Christ taught while He was here on earth. I pray that we all will try harder to bring peace into our homes and into our lives and the lives of those we associate with. I believe it is VITAL!

"SPEAK WHEN YOU ARE ANGRY AND YOU'LL MAKE THE BEST SPEECH YOU'LL EVER REGRET." ~Dr. Laurence J. Peter

"HOLDING ON TO ANGER IS LIKE GRASPING A HOT COAL WITH THE INTENT OF THROWING IT AT SOMEONE ELSE; YOU ARE THE ONE WHO GETS BURNED."  ~ Budda