I am always amazed at how some answers seem so hard to find, and then others ( ones that are unusual or unexpected ) just seem to find you. We have been worrying, studying, asking, testing and praying for answers to our son's stomach attacks. He first has about 5 minutes of warning where he feels nauseated, and then he crumples over on the floor and had incredible pain and cramping. This has been off and on, for over a year and a half now. He has had ultra sounds, CT scans, MRI and blood and urine tests, and all with the same results or answers...every thing looks normal, no explanation for his problem.

As I have mentioned it is terribly hard to see your kid in pain, but worse not to know why? We have had a lot of sleepless and worrisome nights, but still no answers. Then the other day our chiropractor email us and  wrote this...

"There was something I was hoping you might consider, and something you can do a little home research on.  When Lee was in the other day I was asking him about his psoas muscle.  It’s a muscle that runs from the lower back, down through the inside of the hip to the front top of the leg.  The muscle is the main flexor of the hip. There is a group of nerves that run down the front of that psoas muscle and innervate that area.  When this muscle is spasming or contracted, it can cause fairly severe pain in the abdomen and groin.  It can also cause deep and dull lower back pain.  If you do some searching under psoas contracture you’ll find reports where it can replicate appendicitis as well.
I was asking Lee a bit about that muscle the other day, and when I pointed out where it was located he said that was right where his pain starts.  I asked him where else he felt it, but he said he hurt so much that he doesn’t think a whole lot about it when it’s going on.  If it is the psoas, and he did think about it, I’m guessing he probably gets groin pain when he has his attacks.  When that particular muscle contracts, it generally causes the hip to flex and the knee to move toward the chest.  If it is only happening on one side the trunk usually rotates to the involved sign.  Basically, it can kind of double you up." 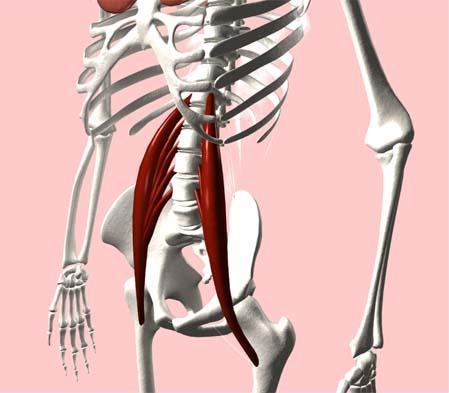 So we aren't completely out of the woods yet, but Lee is having smaller attacks and hopefully after a few psoas muscle release appointments, it will heal it's self. Now the only reason I put this information out there, is because I can't believe how far off we were on the ANSWER and even the QUESTIONS. I knew what a psoas muscle was, but only because mine is short and tight and my PT works on doing the muscle releasing on mine, to help my lower back. I have never heard that it can spasm like that, and all this time we thought it was one of Lee's organs, wow! So I share this just in case this ever happens to anyone else you know. I guess it is fairly common among athletes and especially those athletes who have groin injuries.


I feel bad that we put him through all those tests, but yet we sorta had to go through the process of elimination. Thank goodness for a chiropractor who cared and was paying attention, we hadn't even really talked to him about it, but when Lee came in last week, he talked to him about it and about his low back pain. That is when our chiropractor first thought, maybe we were looking down the wrong road. Amazing, simply amazing!
So now we will remember to look for the not so obvious answers and be ready to look into more the unusual answers! Plus, we are very grateful that answers are at least coming now!

" Sometimes the questions are complicated and the answers are simple." ~ Dr. Seuss

"Prayer is not merely an occasional impulse to which we respond when we are in trouble:  prayer is a life attitude."  ~Walter A. Mueller