When I was in Junior High and High School, I used to decorate cakes. I mostly did it for my friends and family, but every now and then I got paid for it. One time I was asked by my boyfriend's dad, if I could decorate a cake for his company party. He was a big golfer and so that is what type of cake they wanted. I went to the store and bought all the little accessories that would go with it and then came home and got started. It turned out pretty well, if I do say so myself. I have always been big about details, even when I painted and sewed...it is the detail that I like the most. Anyway, I put a lot of time and care in this cake because one...I was being paid for it and two... it was for my boyfriend's dad.

Well, the cake was finally finished, I ran upstairs and got ready and my dad said that he would drive me over and  help me bring in the cake. It was a hot summer day, so Dad went ahead of me and got in the car and put the air conditioning on so the icing wouldn't melt. (I grew up in West Virginia so... there was a lot of heat and humidity.) I told my mom good bye and carefully headed to the car with the cake. Right before I got to the car, I heard something go SPLAT!!!!!!!  I looked around and couldn't see what it was, then to my horror as I was just getting ready to get into the car, I looked down at my cake. There in the middle of my fairway a bird had pooped. I couldn't believe it, I don't think I started crying right away, but as I started walking back to the house and told my mom what had happened, she began laughing and I think that is when I began crying.

What was I to do? It had happened between the first and second hole and it was a large area of the cake that was effected. Now my mom always told me that birds were really dirty and so I was sure that some how the whole cake would be poisonous. I didn't have time to make another one, I just couldn't call and tell them I wasn't coming and what happened to the cake. I decided to scrape off all the bird poop ( I hate that word ) and decided to make a pond right in the middle of the fairway. I had some little ducks left over from another cake I had done and so after much sweat and tears it looked pretty good, no one would ever know.

However I have always had a very BIG CONSCIENCE, and so I was very concerned that I might not have gotten every each of the bird stuff off there. I even began to pray about it, I know God has way more things to worry about than a cake but to a 17 year old girl ... and this was a very BIG thing. I made a deal with Him, I promised that I would stop decorating cakes if He made sure that no one died from eating it, I just couldn't live with that on my conscience.

When we arrived, my boyfriend met me at the car to help me bring in the cake. He immediately told me how great it looked and we went in. There were a lot of people there, everyone kept praising me for the great job I did on the cake, which only made my stomach feel worse. Finally the time came for them to cut the cake, after they did his mom came up and asked me if I wanted a piece of cake. I promptly said "Oh no thanks, I never eat my cakes I am full from testing all the icing", I am not sure that was the exact words but...it was a lie and for that I felt bad too. But compared to the whole bird poop cover up, this lie was nothing. 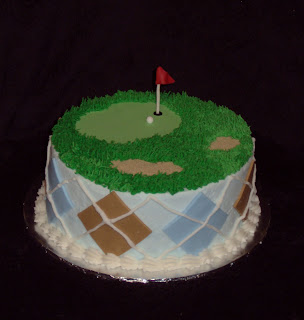 "EXPERIENCE TEACHES SLOWLY AND AT THE COST OF MISTAKES"  ~ James A. Froude

Lessons learned... Take the extra money to buy a cake box to put it in. Never tell a lie. Never eat a cake that has been attacked by a bird. Don't offer to do things of this magnitude for your boyfriend's family at the young age of 17.

That is a story that my kids bring up a lot because they never had a beautifully decorated birthday cake for their parties. Why? Because their mom kept her promise. I was kind of hoping, that would be the thing they remembered ...but it isn't. The moral of the story is ...I changed, I kept my promise and no one died from eating my cake! ( not that I know of ? )

"MISTAKES ARE THE PART OF BEING HUMAN. APPRECIATE  YOUR MISTAKES FOR WHAT THEY ARE: PRECIOUS LIFE LESSONS THAT CAN ONLY BE LEARNED THE HARD WAY. UNLESS IT'S A FATAL MISTAKE, WHICH, AT LEAST, OTHERS CAN LEARN FROM"   ~ Al Franken

"LAUGHING AT OUR MISTAKES CAN LENGTHEN OUR OWN LIFE. LAUGHING AT SOMEONE ELSE'S CAN SHORTEN IT"  ~Cullen Hightower
Posted by Lynn at 7:59 PM